The MWM "60 MW Around the World" film tells the story of a major feat of logistics and engineering: production of 15 TCG 2032 V16 gas engines in Mannheim, subsequent transport on heavy load trucks into the Port of Hamburg, as well as loading onto the transport vessel. The arrival in the Port of Chittagong, the transport across the country and finally the installation, right down to customer hand-over and commissioning was also caught on film.

But did you know that …

… the film won the silver medal at the Intermedia Globe Awards during the 2010 World Media Festival?

… the film has received more than 1 million clicks on the MWM YouTube channel since its release in the spring of 2010 – and it is averaging some 1,300 more clicks daily? 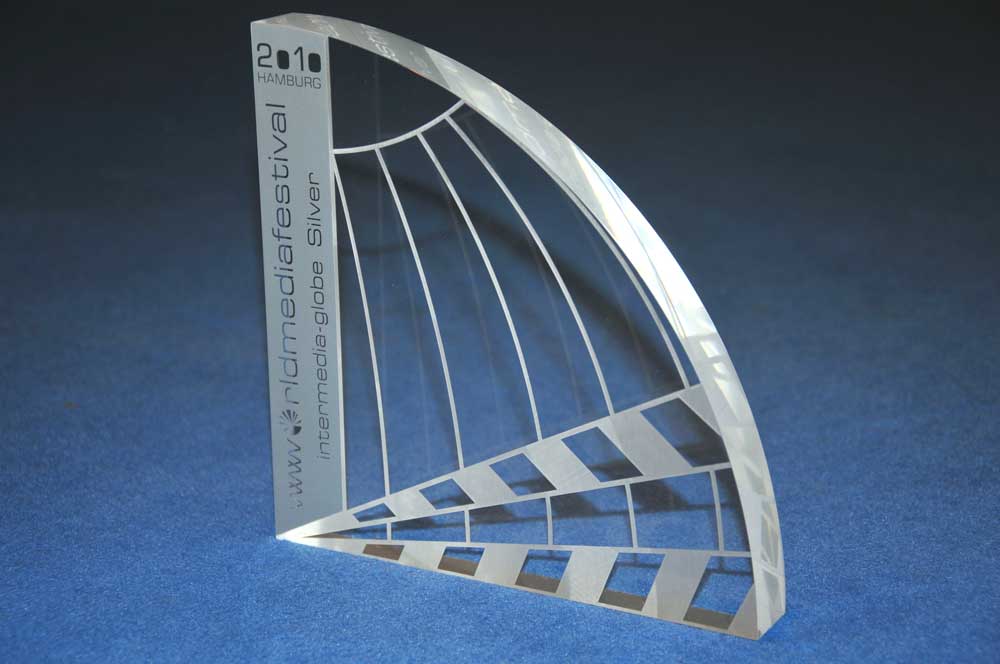 Still as shiny as ever: the Intermedia Globe Awards silver medal, won during the 2010 World Media Festival.

"The story documenting the journey of the gas gensets traveling clear across the globe to a emerging market country on which there has hardly been any current film material to date is quite extraordinary and something well worth seeing,” remarks Frank Fuhrmann from the Communications Department. He is quite pleased with the success of the film in which he was involved as producer.

Here you can watch the two parts of the movie: