Chancellor Angela Merkel and the Chinese prime minister Wen Jiabao opened the Hannover Messe on the 22nd of April 2012, which takes place according to the motto “New Technology First” this year. Wen Jiabao accepted the official invitation of the German government to visit the world´s leading technology fair in Hanover and was at the same time representing the partner country of the fair: China.The partner country made use of the public attention to present itself according to the motto “green+intelligence” and communicated that high investments in the areas of sustainability  and energy efficiency will be made.

This year around 5.000 companies presented their technologies and services for the industry. China is represented by 500 businesses and is - according to statements of the Hannoversche Deutsche Messe AG - performing the highest industrial presentation on a foreign exhibition. Prime minister Wen Jiabao predicts a continuing growth of the Chinese economy and is expecting ongoing investments on both sides. While the industry sector is getting shaken up by the energy turnaround, both heads of government are demonstrating partnership and harmony.

After the official cutting of the red ribbon at the Chinese pavillion, the chancellor and the Chinese prime minister attended a joint fair tour. Accompanied by a large delegation and the press, the two of them visited seven businesses. One of the stops was the booth of MWM.

Mr. Schumacher, CEO of MWM GmbH, welcomed the eminent visitors and introduced the company as well as the benefits of combined heat and power (CHP), which MWM is presenting in Hanover. For more than 140 years, MWM is developing and manufacturing gas engines and plants for the decentralized generation of power, heat and cold. The utilization of CHP entails numerous advantages, particularly savings in energy costs and a significant reduction of CO2 emissions. With overall efficiencies of up to 90%, the investments will be paid off within 2-3 years.

The combination of CHP together with gas engines lead the way to an ecological and economical generation of energy for the future. Angela Merkel agreed to this by finishing her visit with the words: “Combined heat and power is a future technology.” Please find below pictures in printable quality in the MWM Flickr-Channel. 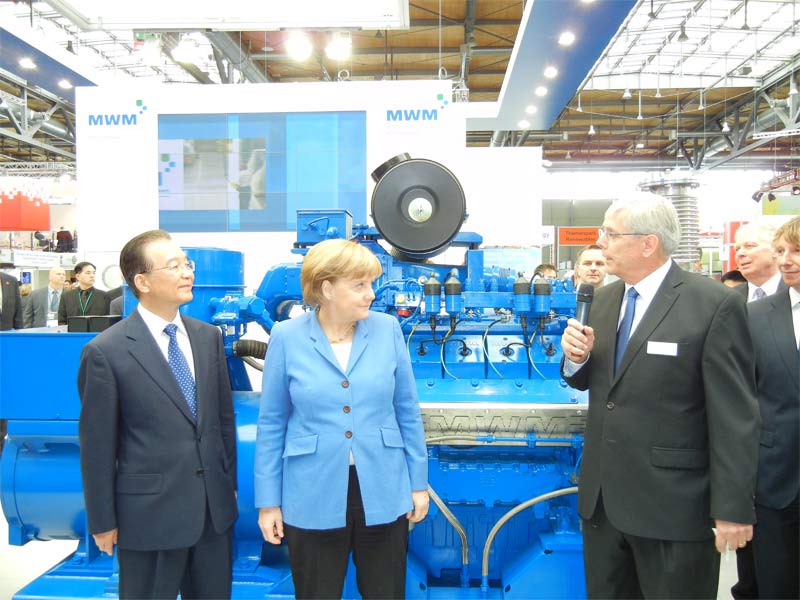 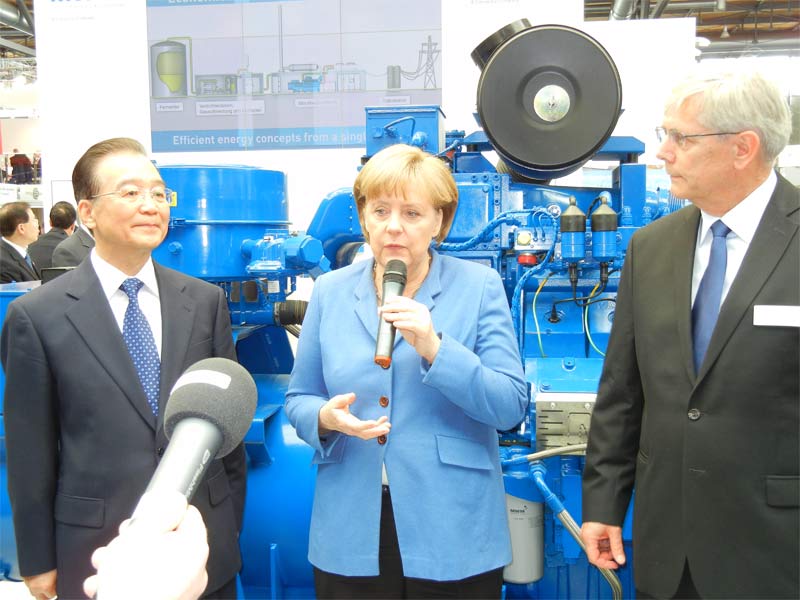 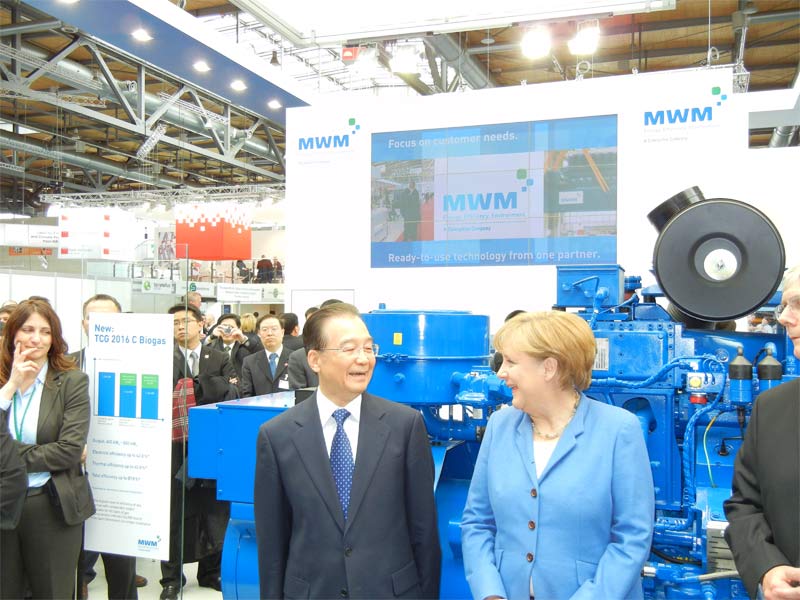 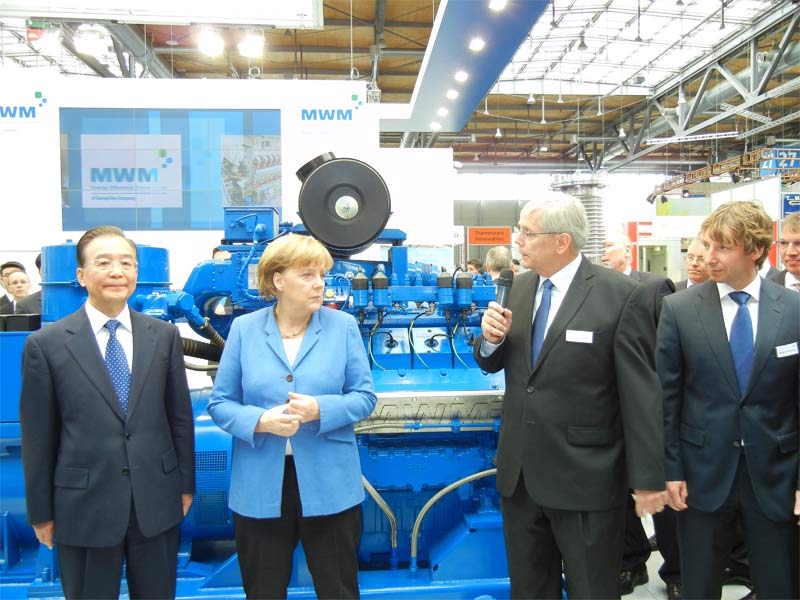