In its modernized cogeneration plant (CHP plant), municipal utility Stadtwerke Achim relies on innovative, MWM-branded technology. In the CHP with 2 MW power output located in the city near Bremen, two TCG 2020V12 gas engines with twelve cylinders are being used. The two highly efficient MWM gas engines constitute the core of the system and feature both performance and the highest degree of efficiency. In particular, the MWM TCG 2020V12 gas engines offer the best electrical and thermal efficiency in its class. 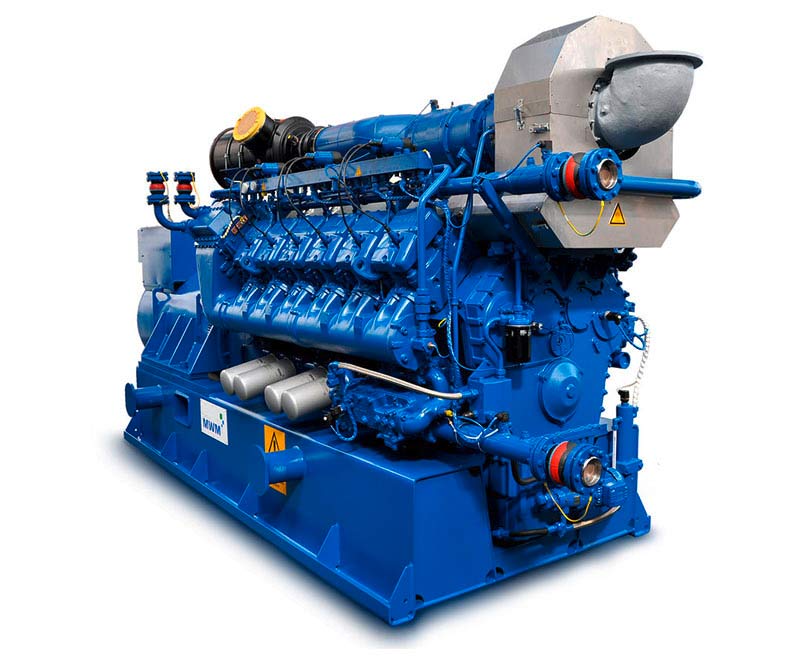 As part of a modernization of the CHP plant in the past year, the municipal utility Achim had invested around € 2.2 million. The CHP plant in Achim annually feeds an amount of electricity of 12 million kilowatt hours (kWh) into the network of the public utility and generates 20 million kWh of heat energy per year. Speaking to the Weser-Kurier, Christian Müller, the engineer in charge of the CHP plant, explained how the two MWM gas engines allow for flexible, need-based use of CHP. Since the modernized CHP plant produces both electricity and heat (combined heat and power – CHP), it is particularly efficient and environmentally friendly. In doing so, the combustible gas is utilized better than in ordinary power plants only supplying electricity.