For the energy transition and climate protection, hydrogen (H2) is one of the key instruments to effectively reduce emissions from energy generation. If produced in a climate-friendly way, the versatile fuel is a compelling, sustainable, and efficient alternative to fossil energy sources such as coal, oil, and natural gas. The European Union intends to achieve climate neutrality by 2050. For this, Europe’s carbon emissions from energy generation need to be reduced significantly. To reach the climate targets, the energy consumption, too, must be brought down, and the availability of energy for the industry must be controlled in a flexible way, e.g. via flex operation of cogeneration power plants. New laws and regulations including the 44th Federal Immission Control Ordinance (44th BImSchV) determine stricter emission limits for plants with firing systems, gas turbines, and combustion engines, which plant operators need to comply with and furnish evidence of their compliance. The National Hydrogen Strategy also intends to speedily develop hydrogen technologies and ensure international market availability for the production and use of hydrogen in order to make the amount of hydrogen required for the conversion of application areas available as soon as possible.

Sustainably produced green hydrogen can used as a climate-friendly energy source for distributed power generation with gas engines, as fuel for vehicles, as raw material for chemical processes, and for long-term storage.

Compared to fossil fuels, the carbon emissions of sustainably produced hydrogen are much lower. About 96 percent of the hydrogen produced around the globe is produced from natural gas, oil, and coal. Not all hydrogen types come from zero-carbon production. Distinction is made between green, blue, turquoise, and gray hydrogen.
Green hydrogen is produced via electrolysis using renewable energies, while blue hydrogen is produced using the steam reforming method in which the CO2 is captured and stored. At the bottom line, the production of both types of hydrogen is carbon-neutral.

Learn more about the synthesis and hydrogen as energy source: Gas Containing Hydrogen

Hydrogen Approved for Use as Fuel for MWM Gas Engines

Besides the benefit of lower emissions, the use of hydrogen also affects the efficiency, initial investments, fuel and maintenance costs, and the material quality of the piston engines. The properties of hydrogen give rise to a number of structural requirements that must be met and that are vital for products that support hydrogen. For example, this includes a wide range of flammability (enables lean mixtures), high autoignition temperature (similar to methane), low ignition energy (risk of premature ignition and flashback), and potential material incompatibilities (embrittlement of the steel). The developers of the MWM gas engines have mastered these challenges through ongoing research. 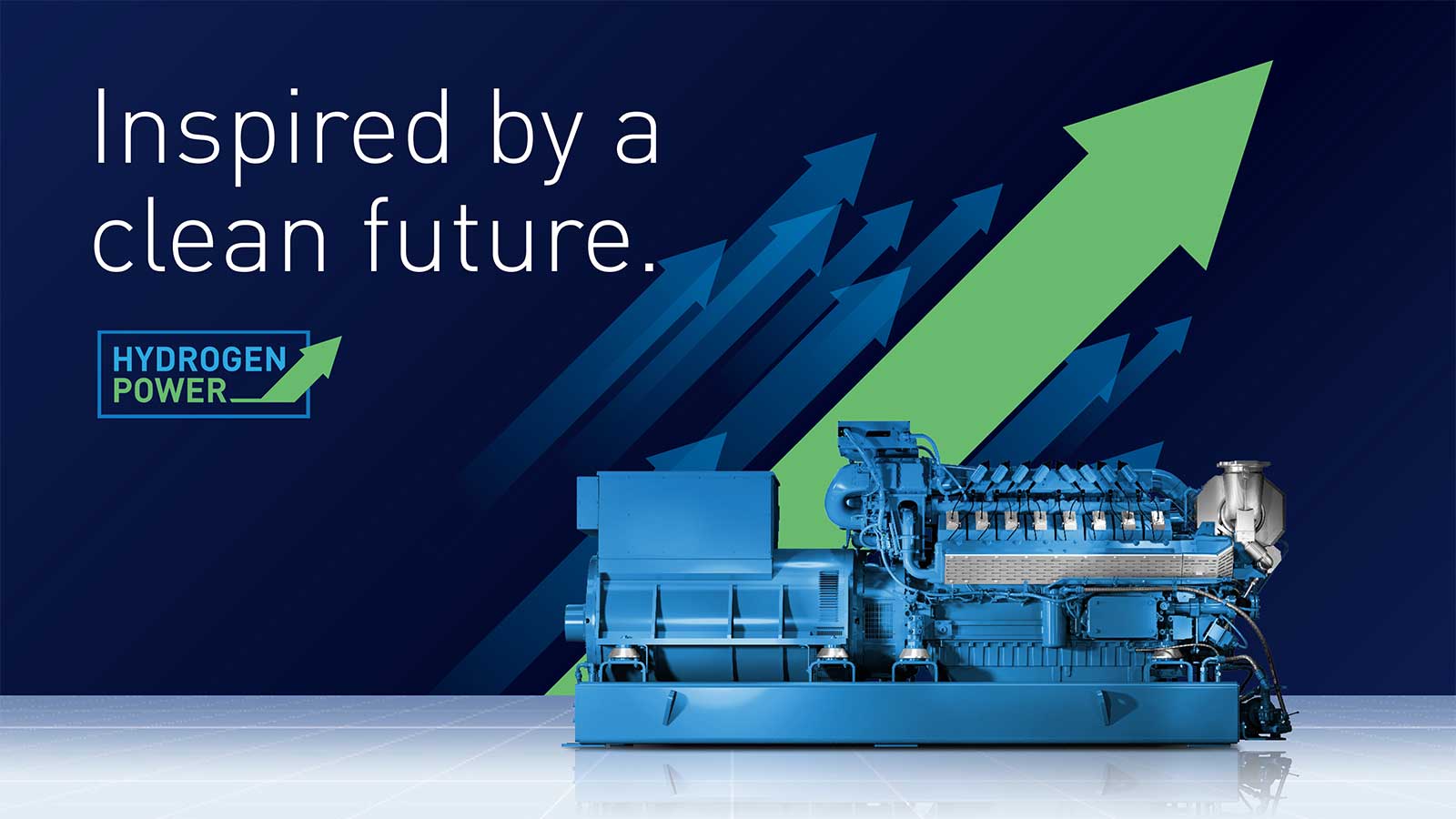 MWM has extensive experience in the use of gas engines with hydrogen admixture. Through the deployment of various MWM products and technologies in customer projects, MWM has implemented trend-setting projects with a hydrogen content of up to 60 percent.
MWM gas engines are already capable of running with a hydrogen admixture of up to 10 percent without any technical modifications. Higher hydrogen admixtures of up to 25 vol% are also possible with MWM gas engines; in this case, however, technical modification is required in order to ensure safety and best-possible performance and efficiency of the energy generation.

For customers who want to invest in new engines for continuous operation, base load supply, or peak load operation, MWM will introduce gas engines that can run on natural gas with a hydrogen admixture of up to 25 percent. This applies to the TCG 3016, TCG 3020, and TCG 2032 series.

For customers who want to upgrade their plants for the use of hydrogen, MWM offers retrofit kits for the gas engines of the TCG 3016, TCG 3020, and TCG 2032 series in order to enable a hydrogen admixture of up to 25 percent. With this offering, we facilitate the transition to plant operation with hydrogen admixture, thereby boosting operational efficiency and reducing emissions.

Benefits of the Operation of MWM Gas Engines with Hydrogen

Caterpillar Energy Solutions and its brand MWM are a member of the “Allianz Wasserstoffmotor e.V.” (Alliance Hydrogen Combustion Engine). As an ambassador, mediator and supporter of the hydrogen combustion engine technology initiative the alliance is committed to future climate-neutral mobility and the generation of sustainable electricity. (Further information in German language)

(You can use the link below to leave the MWM website and reach the external website of another provider (Allianz Wasserstoffmotor e.V.). The data protection regulations of this provider apply there and cookies may be set by this provider. This is beyond our control.)