The Sredneuralsky Copper Smelter (SUMZ) is one of the largest of its kind in Russia’s Ural region and one of the first in all of Russia to benefit from independent power production (IPP) by means of an CHP plant with MWM gas engines. It is located near Yekaterinburg, the fourth largest city in Russia, which is also considered the industrial hub of the Ural region. The SUMZ is operated by the Ural Mining and Metallurgical Company (UMCC), one of the world’s leading manufacturers of ready-made copper products. 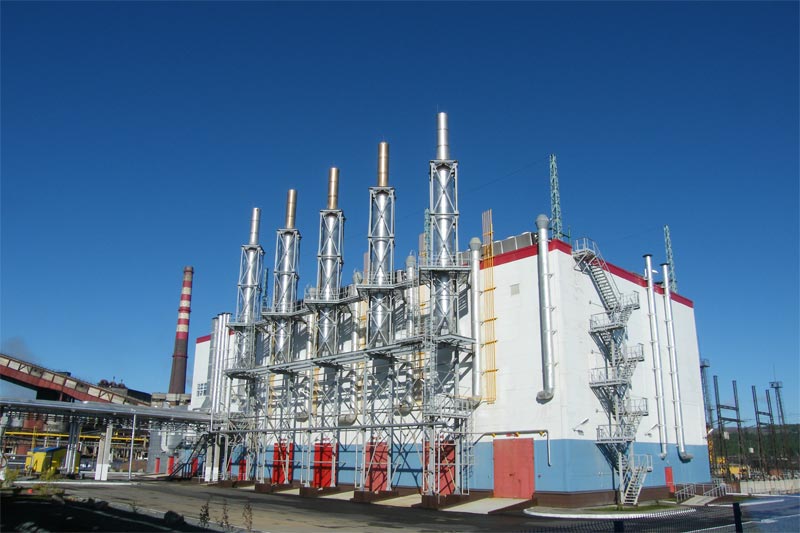 Since July 2014, five MWM TCG 2032 V16 gas engines have been providing the SUMZ site with heat and electricity.

Since copper processing requires lots of energy, Stark Energy LLC signed an agreement in 2012 to build a CHP plant with five MWM gas engines on the SUMZ site. Vladimir Voronov, Head of MWM Russia is pleased about the cooperation with the Russian energy provider: “Prior to our cooperation with Stark Energy, this company had been working with a competitor for a long time. On this project, we were in the position to present a package that convinced the Stark Energy experts more than all other offers.” 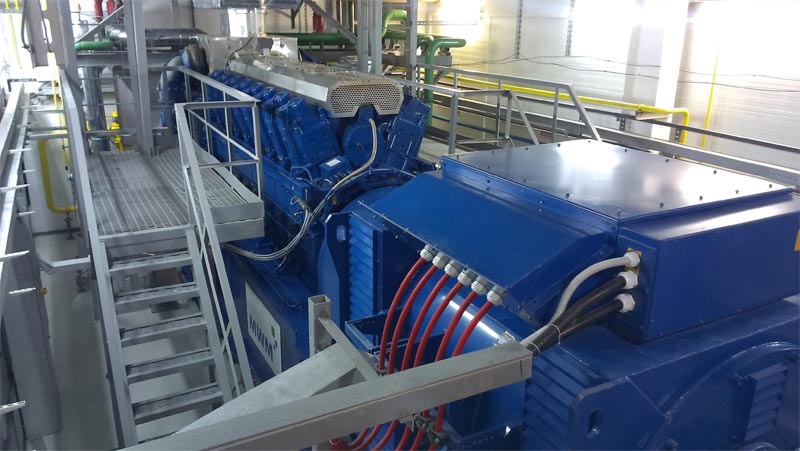 Vladimir Voronov: “The Urals represent one of the largest industrial regions, with an enormous demand for distributed power production for industrial plants. A project such as the cogeneration power plant for SUMZ can easily be transposed onto other industrial locations.”

Safety and low cost, thanks to powerful gas engines

The main arguments for building the plant were the reduction of energy costs, as well as the secure energy supply of the copper smelting operations, while maintaining independence from the national power grid. In fact, the five MWM TCG 2032 V16 gas gensets, each with an electrical output of 4,300 kWel and thermal output of 4,153 kWel, have been supplying the SUMZ site with heat and electricity since commissioning in July 2014. Thanks to the high overall efficiency of the gas engines of 86.7%, comprising an electrical efficiency of 44.1% and thermal efficiency of 42.6%, additional power production exceeding the company’s own electricity demand is fed back into the grid. This model is considered industrial innovation in Russia.

The CHP plant is unique not only in its role as an independent power producer; also in terms of its operating model, it is a pioneer in the Russian power generation market. According to the so-called BOT model (Build, Operate, Transfer), Stark Energy handled not only the installation but also the financing of the plant. At the same time, Stark Energy is also the operator of the CHP plant, and the investment will soon pay for itself through the sale of power and heat energy to SUMZ. Right after completing the first year of operation, the company was already able to make a favorable assessment and achieve its economic targets, along with financial objectives for quick amortization.

The many special features and innovative characteristics of the SUMZ cogeneration power plant were recognized in December 2014 by the national “Small Energy – Great Achievements” awards as the best project in the field of distributed power production (over 6 MW).