The new pellet plant with its connected gas cogeneration power plant of WUN Pellets GmbH in the Energy Park in Wunsiedel in the administrative district of Upper Franconia officially went live on March 15, 2019. With its control energy power plant, the pellet plant is not only exemplary in the field of distributed energy supply, but is also highly climate-friendly in terms of its mode of heat generation and energy supply. 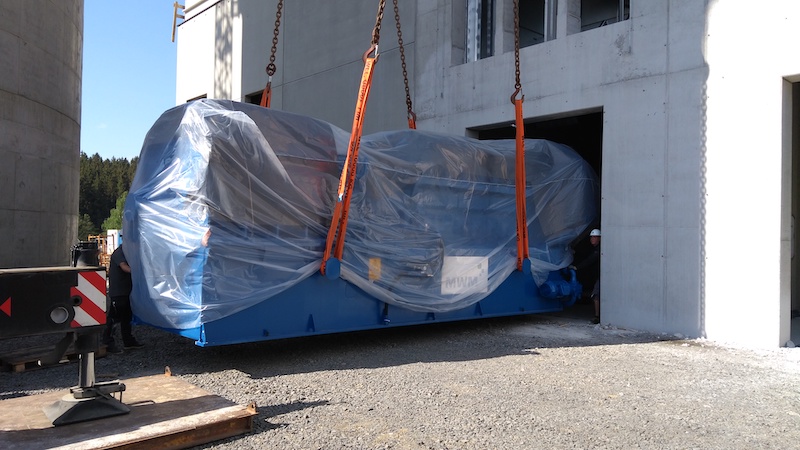 The delivery of one of the three MWM TCG 2032B V16 gas engines (Photo: © eta Energieberatung GmbH)

For the cogeneration power plant connected to the pellet plant in the Nuremberg metropolitan region, three highly efficient MWM TCG 2032B V16 gas engines with an electrical output of 4.5 MW were installed. The total electrical output amounts to 13.5 MW. The gas engines, which are fueled with climate-friendly natural gas, ensure the distributed energy supply with electrical and thermal energy. Compared to the separate generation of electrical energy and heat, combined heat and power (CHP) plants make better use of the primary energy. 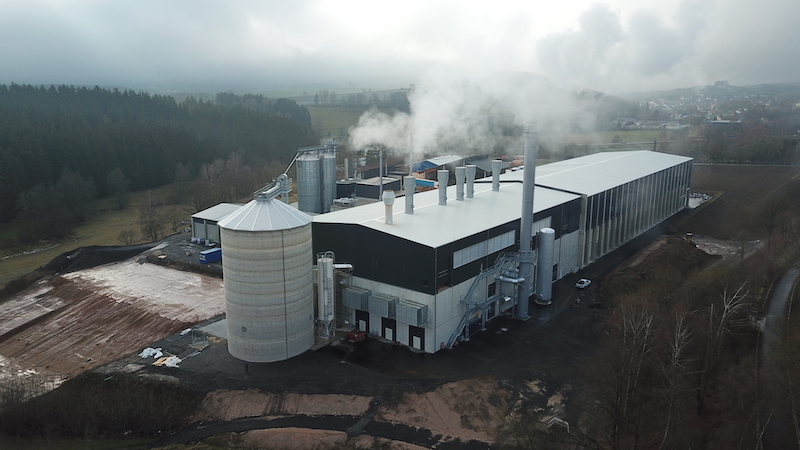 The energy is locally generated in the cogeneration power plant and transformed into power and heat. Every year, about 1 million m3 of sawdust and byproducts of sawmills and the wood-processing industry from the region of Wunsiedel are being processed. This material is to be converted into about 105,000 t of wood pellets, which are to be dried with the heat from the gas-fired cogeneration plant. “105,000 t of pellets are enough to heat up to 30,000 detached houses”, says Reinhold Kellner, Director of WUN Pellets GmbH. “In addition to heat, the cogeneration power plants also generate enough power to supply about 40,000 households.”

Total Efficiency of up to 92 Percent

The use of all available heat is a special highlight of the combined heat and power (CHP) plant. Apart from the exhaust heat from the engines and the exhaust air from the machine room, the mixture cooling heat is also used for the drying process of the pellet plant. In addition to the improved performance parameters and the significant fuel savings of the MWM TCG 2032B V16 gas engines, the MWM engines stand out with their optimized efficiency. Besides a thermal efficiency of about 47.4 percent, the CHP plant thus reaches a total efficiency of up to 92 percent—a record value in Germany. Through the flexible distributed energy generation and the fast ramp-up option of the MWM gas engine TCG 2032B V16, the cogeneration power plant can be switched on and off speedily. In this way, the cogeneration power plant contributes greatly to the stabilization of the electricity grid in the Wunsiedel region. 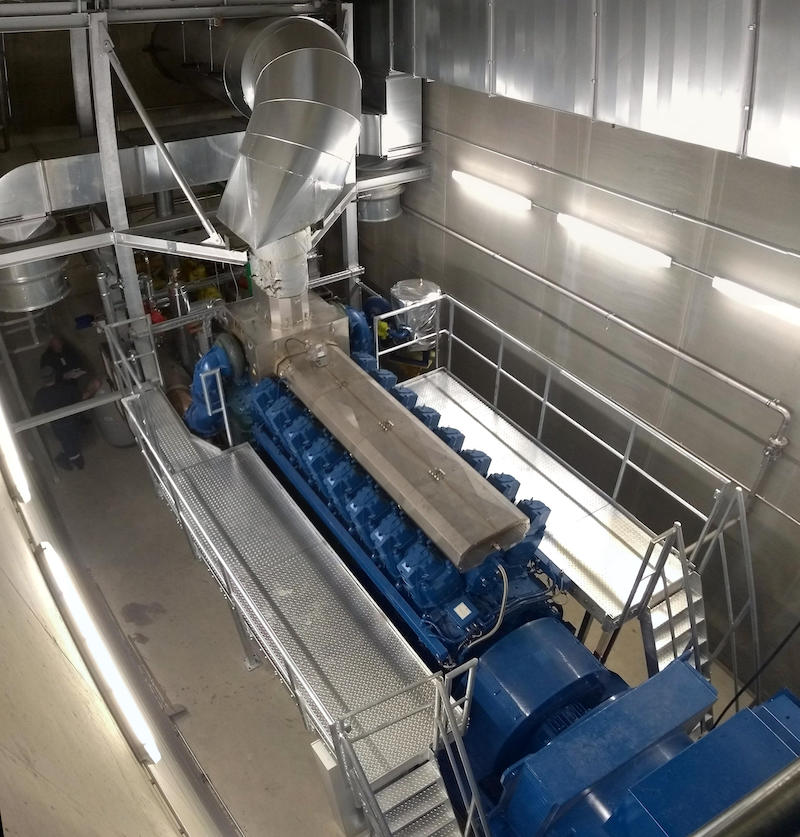 One of the three MWM TCG 2032B V16 gas engines in Wundsiedel (Photo: © eta Energieberatung GmbH)

In March 2019, “Energie & Management” (E&M) magazine designated the cogeneration power plant in Wunsiedel as “Cogeneration Power Plant of the Month” and as an outstanding example of the “Energy Reform Upper Franconia”. 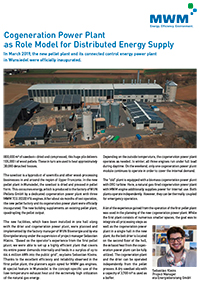 MWM’s product portfolio comprises gas engines and gensets in the output range from 400 kWel to 4,500 kWel. We are thus able to set up power plants with an output of 100,000 kWel and more. The gas engines can be operated with various types of gas, such as natural gas, shale gas, mine gas, biogas, landfill gas, sewage gas, and syngas. They are designed for maximum electrical and thermal efficiency, low operating and service costs, and high reliability and availability. In this way, they reach efficiency levels of more than 90 percent.