The power outage at Hamburg’s Helmut Schmidt airport demonstrated how often the importance of emergency power systems for uninterrupted power supply is underestimated. On the morning of June 3, damage to the insulation of a copper cable caused a power outage that resulted in a 20-hour interruption of the air traffic in Hamburg. About 30,000 passengers were affected by the cancellation of flights. According to initial estimates, the incident cost the Hamburg airport more than half a million euros—along with immense reputation damage.

These facts clearly show how quickly a carefully planned investment in the acquisition, maintenance, and repair of a CHP plant with maximum security of supply actually pays in highly sensitive environments.

In addition to the power supply from the public grid, the Hamburg airport already has a second power system in the form of its own cogeneration power plant for distributed energy supply, as required by the European Aviation Safety Agency (EASA). However, additional protection of the critical power supply is indispensable for airports, which are part of the basic infrastructure and thus have an elevated demand for security of the energy supply. It is important to remember that despite the heightened vigilance, it will never be possible to fully prevent incidents such as this one, which occurred due to the damaged insulation of a copper cable.

Therefore, MWM cogeneration power plants for distributed energy supply in sensitive basic infrastructure units such as airports, municipal utility providers, hospitals, and communication technologies are planned with great care, protected redundantly, and, where possible, equipped with emergency power systems. Caterpillar Energy Solutions is specialized in CHP (combined heat and power) plants that deliver power and heat or cold with a high level of security of supply for sensitive infrastructure and production areas. The secure power supply with emergency power systems can be implemented as stationary MWM CHP plants in buildings or in the form of mobile MWM container modules.

Ideal for Sensitive Infrastructures: Redundant Energy Supply Systems and Maximum Precision in the Planning, Installation, and Maintenance of CHP Plants

Besides causing major economic and ecological losses, an energy supply outage in technical basic infrastructures that are highly significant to society can even threaten the safety of humans. Therefore, facilities such as the Munich airport, the Dusseldorf airport, and DFS Deutsche Flugsicherung GmbH in Langen—which is responsible for the air traffic control in Germany—are already equipped with MWM cogeneration power plants and emergency power systems in order to ensure uninterrupted power supply in the event of an emergency, especially to ensure the safety of the passengers and the personnel.

The airport in Munich, the capital of Bavaria, has implemented an exemplary energy solution with high security of supply: The seven MWM power gensets that are installed in the cogeneration power plant of the Munich airport have been integrated additionally in the airport’s emergency power supply. 52 percent of the airport’s power needs and 72 percent of the heat are generated by the MWM CHP plants on site. 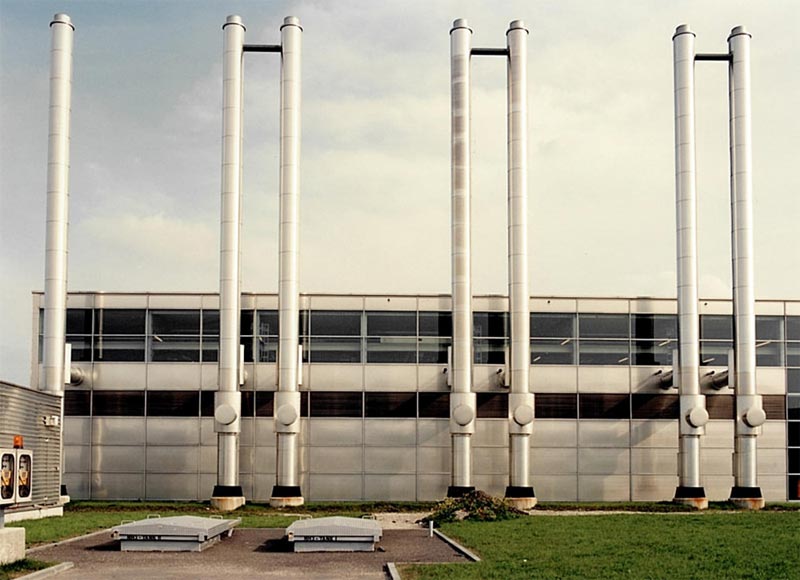 The airport’s cogeneration power plant in Munich with MWM gensets with a capacity of 1,580 kWel and approximately 1,800 kWth

The digitization of the plant control plays an invaluable role in the achievement of an optimum level of security of the energy supply. Smart, digitally networked systems enable ongoing monitoring and documentation, e.g. of wear-and-tear parts, voltage highs/lows, or operating temperatures of the CHP plants. Thanks to these digital plant control functions, all processes can be highly automated, controlled in the best way possible, and efficiently monitored, enabling the quick and precise identification and elimination of potential problems.

With its digital power plant control TPEM (Total Plant & Energy Management), which was introduced for the first time this year along with the newly developed MWM TCG 3016 gas engine, MWM has revolutionized the control standard for gas engines and energy solutions. TPEM consolidates all power-plant data in a single system and integrates relevant key functions such as the synchronization, generator and network power switch, and remote access for the maintenance, control, and repair of CHP plants.

In most applications, the economic and ecological benefits of distributed energy generation with cogeneration power plants are obvious. However, the advantages of reliable, independent energy solutions are especially discernible in areas that depend on the uninterrupted supply of power and heat energy: For example, a power outage in Hamburg, Germany, in May last year  had already caused major losses for local companies. The outage especially impacted businesses that depend on uninterrupted power supply to cool their products, such as food production and sales companies.

Power outages also cause significant damage to manufacturers of highly sensitive electronic components, which depend on uninterrupted power supply due to their technical requirements. For such enterprises, the MWM gas engines of the TCG 3016, TCG 2020, and TCG 2032, which are designed for isolated operation in CHP plants and emergency power systems, represent an effective way of ensuring maximum energy independence and security.