In an interview with trade magazine Diesel & Gas Turbine Worldwide, MWM CEO Willy Schumacher commented on the approach Caterpillar has taken after the acquisition of MWM, and explained why the road ahead promises to be a win-win situation for both companies. According to Schumacher, Caterpillar took a careful attitude with the integration of MWM into the new big family.

“Caterpillar decided to take a very prudent approach with MWM, a strong brand in the gas power market itself,” Schumacher said. “There is a great appreciation for what MWM has accomplished in the gas engine business and there will be great care to protect and nourish this.” For this reason, MWM is seen as an “integration light” within Caterpillar rather than a takeover. 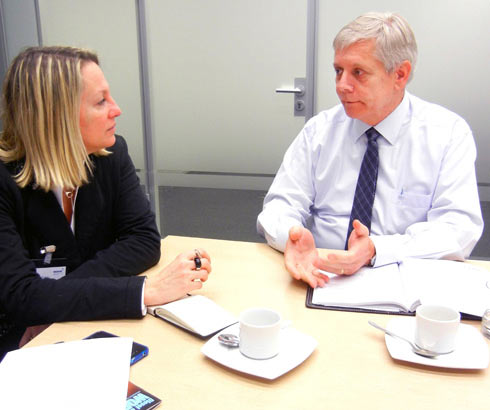 MWM was a good fit for Caterpillar and the group’s giant family was a true asset for the further development of the company, according to Schumacher. “With MWM engines, power can be produced exactly where it is needed using an environmentally clean fuel that is available in abundance,” he said. Meanwhile, it became clear that MWM will be the center of excellence for Caterpillar’s Electric Power Gas business. “Cat’s CEO, Doug Oberhelman, was here in Mannheim for the grand opening of our new education and training center,” Schumacher said, underlining the close cooperation that has brought the Cat and MWM engineering and research and development teams together in Mannheim.

Concerning MWM’s performance and expectations, Schumacher reported an enthusiastic rating for the last year. “2012 has been a fantastic year, actually a record year for MWM,” Schumacher said. “One of the main reasons for that is the excellent market environment; let’s be honest, the world needs the power we are here to deliver. “Additionally, the market outlook for the gas power business is especially positive, primarily because gas is becoming more and more available globally, with new pipelines being built, shale gas being exploited, and all the renewable type of gases coming along,” he concluded.