Since late 2016, the new MWM TCG 3016 V16 gas genset has been running as a field test plant at the power provider Vereinigte Stadtwerke GmbH in Bad Oldesloe in the German state of Schleswig-Holstein. It has surpassed all expectations in term of customer-specific innovation, efficiency, and service-friendliness.

At the request of the operator Stadtwerke GmbH Bad Oldesloe, the 800 kWel gas engine was furnished with a number of additional options for achieving further energy saving potential. For example, the cogeneration power plant is equipped with highly efficient, speed-controlled pumps for the hot water, engine cooling water and mixture cooling water cycles, enabling energy savings of about 25,000 kWh. Holger Herzberg, the operator of the CHP plant, is impressed by the possibilities that MWM offers its customers to further increase the anyhow excellent efficiency of the CHP plant.
The conversion of the existing cogeneration power plant had to take place without stopping the heat supply. The task was handled in an exemplary manner with the assistance of the engineers from Mannheim—another example of MWM’s highly qualified services and outstanding customer focus. 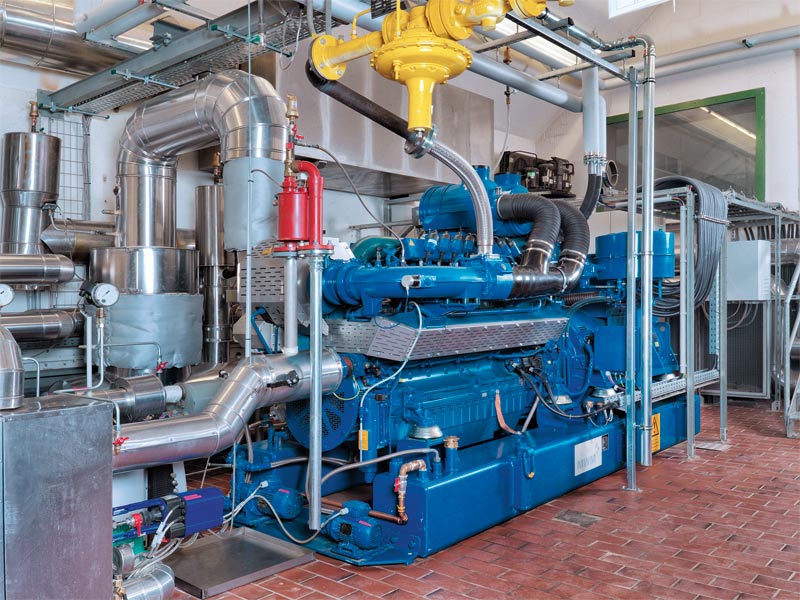 The TCG 3016 V16 gas engine installed at the power supplier in Bad Oldesloe boasts an overall efficiency of 88.1 percent.

For more than a year, the TCG 3016 gas engine has been running without any problems at the power supplier’s facilities in Bad Oldesloe. During this time, it has provided ample evidence of its robustness, which is evident e.g. from the CHP plant’s longer maintenance intervals. The newly developed TCG 3016 gas engine also features significantly reduced lubricant consumption (<0.1 g/kWh). The operator of the CHP plant is enthusiastic: “Previously, the oil change interval was about 2,000-3,000 operating hours. The TCG 3016 only needs an oil change once in every 5,000 operating hours, i.e. about once a year.” 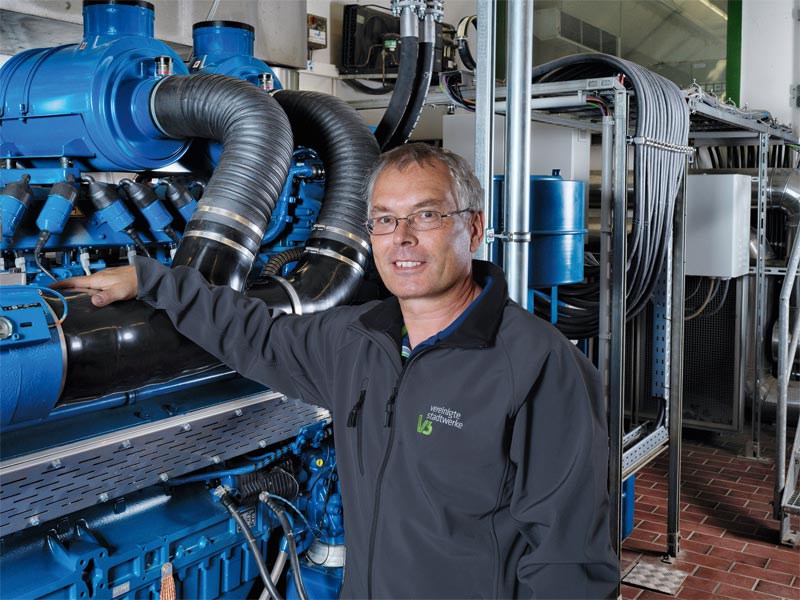 Originally, Vereinigte Stadtwerke, which operates a total of five district heat networks in the Stormarn/Herzogtum Lauenburg region, had only planned to supply the Bad Oldesloe swimming pool with distributed energy from the cogeneration power plant. Now, however, the plant covers the energy demand of a nearby youth hostel, a hospital, various downtown schools, and several private and commercial buyers. The municipal utility provider intends to continue to collaborate with the gas engine manufacturer from Mannheim. An order for a second TCG 3016 has already been placed.