With a large order for 10 replacement TCG 2016 V12 gensets and an eight-year maintenance agreement for ten Danpower biogas systems, the MWM Service Center Berlin ensures heat and electricity service for eight communities in the Altmark region of the German state of Saxony-Anhalt.

Fields and meadows as far the eye can see. Nestled in between them are small hamlets, often visible from a distance only due to a landmark church tower. Appearing in the scenery more and more often in the heavily agricultural Altmark region in the north of Saxony-Anhalt are the semispherical structures that could easily be identified as biogas plants. Over the past years, numerous plants for power production based on sustainable feedstock have been built here – since 2009 the Altmark between Wendland, Magdeburger Börde and the River Elbe is one of 25 designated bioenergy regions throughout Germany. 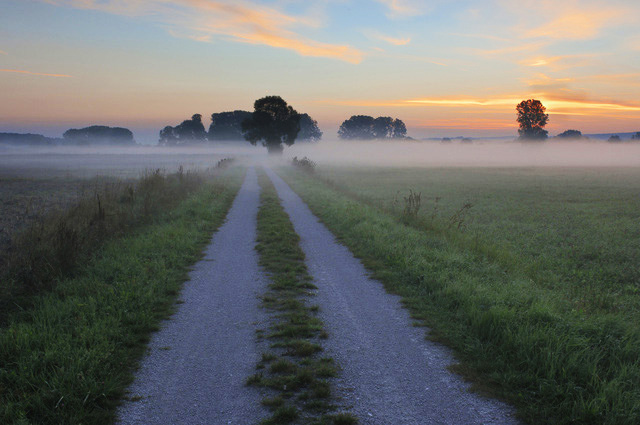 Fields and meadows as far the eye can see: the heavily agricultural Altmark region in the north of Saxony-Anhalt

Decentralized energy production through cogeneration power plants with biogas is also the key here for supplying smaller communities and villages. For a key part of this biogas power production – the Biogas Park Altmark with ten individual biogas systems of the operator Danpower – the Service Center in Berlin handles the maintenance, including servicing, thus ensuring fault-free electricity and heat supply of eight communities. The MWM Service Center has been working for some time now in the Altmark region with the medium-sized district heating utility and contracting company Danpower, which operates in Germany and Estonia. At the end of last year, the MWM Service Team in Berlin then received a comprehensive order for the general overhaul of the ten systems with TCG 2016 V12 replacement gensets, which make up the centerpiece of the biogas systems. Through the general overhauls through replacement of the gensets, down-times of the systems are reduced to a minimum, as here Danpower is fully relying on the expertise and experience of MWM, which dates back more than 140 years. 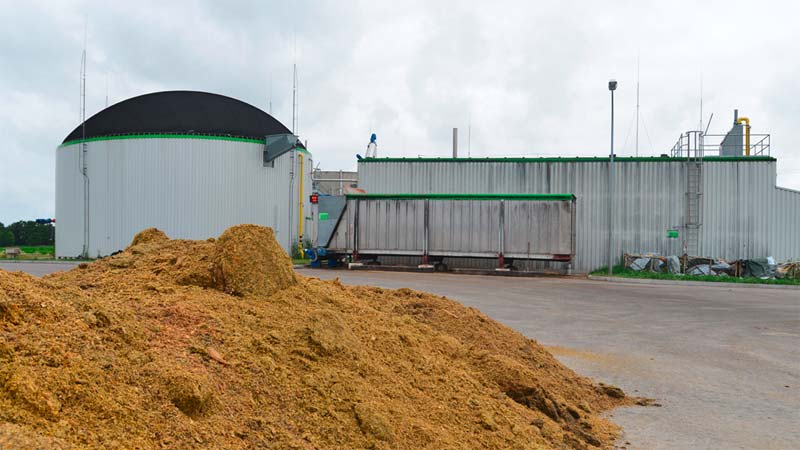 The Biogas Park Altmark, featuring ten identical biogas systems, was commissioned in the years 2006 and 2007. Since that time, ten power plants have been providing several towns with thermal energy through a district heating network operated by Danpower. Surplus thermal energy is in fact used for drying firewood, among other things. The generated electricity is fed completely into the grid of the energy utility E.on-Avacon. In total, the ten combined heat and power plants generate some 40,000 MWhel and approx. 24,000 MWhth per year.

For biogas production, some 10,000 t of energy plants – corn, grain, grass – are required per year and system, supplied by the agribusinesses involved. The electricity and heat generation in the communities is done on the basis of dry fermentation of sustainable feedstock.

To ensure that the plants run fault-free and efficiently, maintenance and servicing procedures on the combined heat and power plant are part of the cooperation between Danpower and the MWM Berlin Service Center. In addition to the general overhaul by means of replacement gensets, Jens Otto, responsible for service and sales of biogas engineering, was also able to negotiate with Danpower the maintenance contracts for the individual gas engines for the next eight years.

Torsten Werda, head of the MWM Service Center Berlin, is pleased with the successful contract: “Naturally it’s like a vote of confidence for us when our partners trust in our many years of expertise and our customized service.” 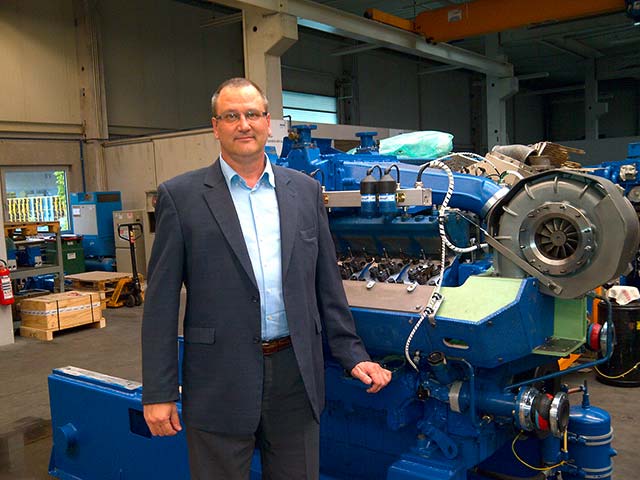 Torsten Werda heads up the MWM Service Center in Berlin

The use of sustainable feedstock for electric power not only saves on fossil fuels but also reduces carbon dioxide emissions, as the use of biogas only releases as much CO2 as the plants absorbed during their growth.

The Biogas Park in the Altmark region will be receiving even more company, as up the year 2020, bioenergy is expected to make up 30% of the regional heat demand in Altmark, according the state’s ambitious plans.