The numbers are impressive: With some 38 million air passengers, Munich Airport as Bavaria’s international air traffic hub, reached 6th place among Europe’s 10 busiest airports for the first time in 2011. Terminal 1, extending a length of 1,081 m, handles more than 20 million passengers per year. In the year 2002, the airport was expanded with Terminal 2, featuring a pier length of 980 m. Here, a capacity of 20-25 million passengers can be handled annually.

Mobility is playing an ever-greater role in today’s world, and modern companies such as Flughafen München GmbH rely on state-of-the-art products and technologies that conform to the latest standards in terms of climate and environmental protection.

From the beginning, the company has placed great emphasis on sustainability and economic efficiency when it comes to electric power. This is also reflected in the airport’s own combined heat and power (CHP) plant, which makes a significant contribution to the avoidance of CO2 emissions and is considered worldwide to be one of the most economical and efficient plants in its class. The CHP plant, which came online when the airport commenced operations, was equipped with seven MWM diesel engines of the TDBG441BV16 series with an output of 1,580 kWel and approx. 1,800 kWth.

The reduction in carbon dioxide emissions – compared to conventional electric power – is some 30,000 tons per year. That is equivalent to the CO2 emissions of 20,000 passenger cars driving a total distance of 10,000 per year. This enables the total CO2 emissions of the daily commuter traffic of 30,000 people who work at Munich Airport to be offset. This high efficiency is made possible by cogeneration of heat and electricity: The heat generated by the electricity production is not lost, instead it is used for heating and cooling.

The airport’s own combined heat and power plant with MWM gensets, delivering output of 1,580 kWel and approx. 1,800 kWth.

More than 50% of the Electricity Demand is Generated on Site

In the course of the airport expansion of an additional terminal (2) in the year 2002, the energy control center was enlarged by two CHP plants. For this project, MWM delivered two gensets with TCG632V16F engines, that went into operation in mid-2002. The units have an output of 3.7 MWel each and approx. 4.6 MW thermal. This means in total that the airport has approx. 18.5 MW electrical and approx. 20.5 MW thermal output available. The seven diesel engines are additionally integrated into the airport’s emergency power supply system. 52% of the electricity required by the airport and 72% of the heat are generated by the combined heat and power plants on site. 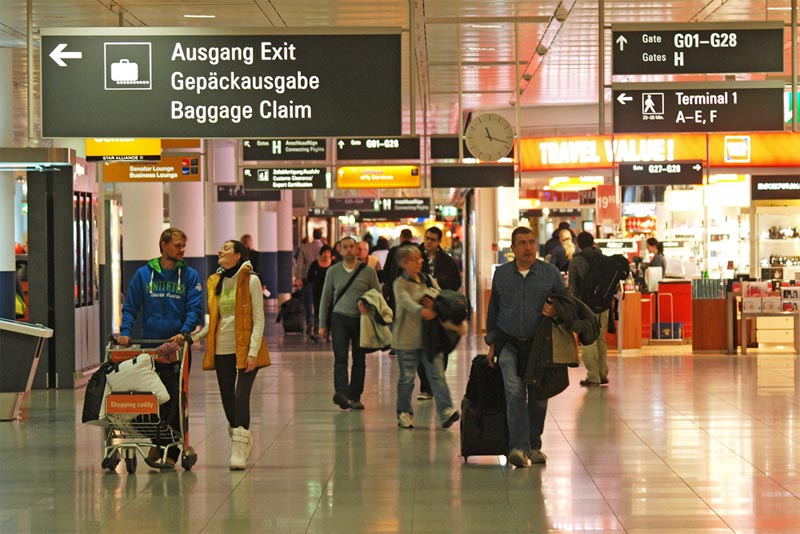 The MWM Service Center Munich has managed the system at the airport since it was commissioned in the year 1992. Given the close regional proximity to the MWM Service Center and a customer-specific service program, systems have been running there fault-free for years, providing the terminals with electrical and thermal energy.

Robert Schrödel, CEO of Flughafen München GmbH (FMG), stresses in particular the regional proximity, along with the quick and trouble-free cooperation with the MWM Service Center. He went on to note that short travel distances and creative solutions enhanced the economic efficiency of the overall system and ensure stable basic provision of power.

Working hand-in-hand with the customer, the MWM Service Center in Munich has been able to continuously streamline service routines, among other things, reducing lead times for major overhauls by approx. 60%. Thus FMG acquired a replacement engine in the year 2000 through the Service Center Munich, in order to reduce down times during large turnarounds (major overhaul). Through this measure, the system down time was reduced from approx. eight weeks to three, thereby also improving the efficiency of the entire plant.

The disassembled engine was then overhauled on site and made available to be swapped out with the next engine. For optimization of the assembly work by MWM service personnel, a dedicated transport vehicle was made available by the airport in order to convey the engine from the CHP plant into the maintenance building. The engine can also remain on this transport vehicle during disassembly. The Service Center Munich had an appropriate working platform especially built for this purpose. 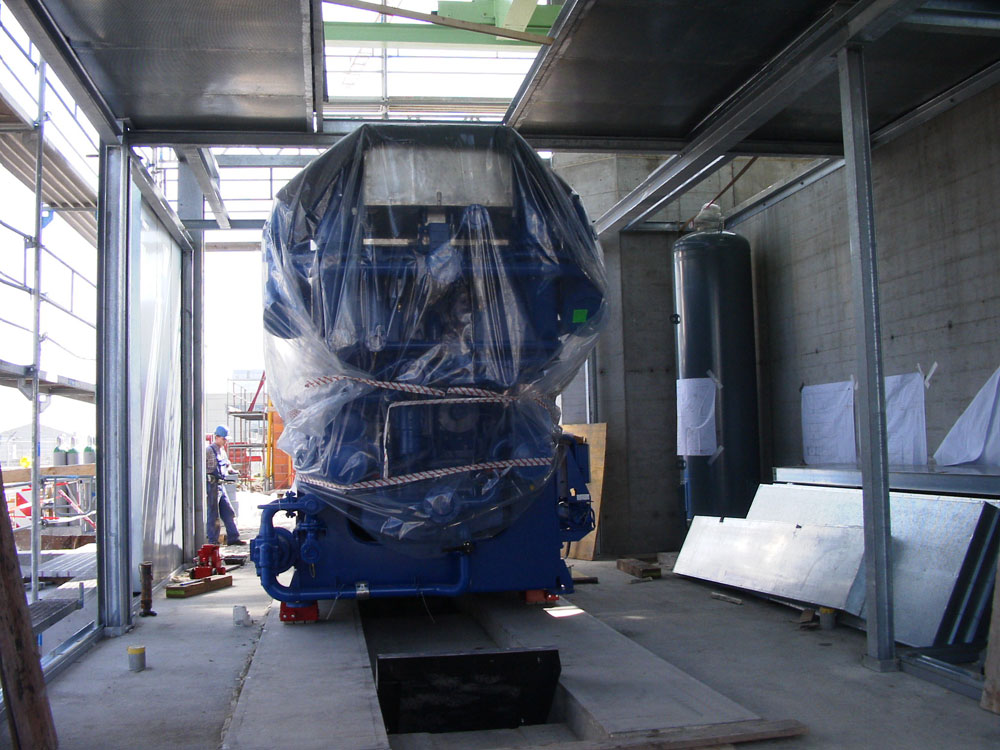 In 2002, the airport expanded with two new cogeneration plants, for which MWM delivered two gas engines.

For Munich Airport, these measures mean significantly higher availability of the gensets. This is yet another reason for the impressive number of 1,108,000 operating hours of all nine gensets. Since commissioning of the cogeneration plant, MWM has been a consistent and reliable partner, who thanks to its competent employees, always ensures that passengers will never be grounded.