Cogeneration at Düsseldorf International Airport: Reliable energy for the future

Germany’s energy policy shift away from nuclear energy in mid 2011 means that the share of renewable resources it uses to generate electric power will increase to 35% by 2020. This can be accomplished through a combination of measures including the increased use of cogeneration. The reason: Natural gas-fired plants that produce both heat and electricity and that are used in combination with heat storage equipment may be just the right way to deal with the increasingly wider fluctuations in the level of energy being fed into the power system. Even before Germany’s policy shift in mid 2011, Düsseldorf International Airport offered a good example of how the demands for combined heat and power (CHP) can be optimally met by gas engines and power generators from MWM.

MWM, a Mannheim-based company with a rich tradition of engineering excellence, was the general contractor. It teamed up with the plant’s operator, the municipal utility Stadtwerke Düsseldorf, to configure the two heat-controlled CHP units. At the heart of the CHP system are two natural gas-fired TCG 2020 V12 engines. The heat that is generated is fed into the airport’s heating system as a base load that is used to heat facilities like hangars and aircraft maintenance buildings. The total electrical output is 2 x 999 kW, and the total thermal output is 2 x 1197 kW.

A unique feature of this twin system, which is individually housed in noise control enclosures, is that the airport’s existing Heating Plant III was expanded to include a powerhouse equipped with heat-controlled medium-voltage modules combined with a stratified heat storage tank, all integrated directly into the active heating system. The electrical power that is generated as a byproduct is fed into the public power grid to help meet peak-load requirements. The multiple-engine systems, which were designed to operate efficiently and take up the least possible space, were installed within a short time frame and put into service for Stadtwerke Düsseldorf.

Particularly impressive is the fact that, of a total of 8760 theoretically available operating hours in 2011, the plant was in actual service for about 8550 hours. Not surprisingly, this generated smiles of satisfaction among the operating team. “In fact, we got 8631 operating hours from one of the gas engines,” reports a happy Michael Heidepeter, manager of Heating Plant III at Düsseldorf International.

The product portfolio in MWM’s TCG 2020 series includes a 16-cylinder version and a 20-cylinder version in addition to the 12-cylinder model used in this project. MWM has increased the outputs of this gas engine line to 1200, 1560 and 2000 kW electrical, respectively, which amounts to an effective increase of electrical efficiency of up to 3.3%. In particular this series natural gas- and special gas-powered engines achieves top performance and is setting new standards in direct comparison with other models currently on the market.

Looking back, Michael Heidepeter thinks the decision to go with MWM was the right one. “Since the project was completed in 2010 and our own district heating system was optimized to operate with the CHP plant, the plant has been working perfectly—day in, day out,” adds Heidepeter.

Please find below pictures in printable quality in the MWM Flickr-Channel. 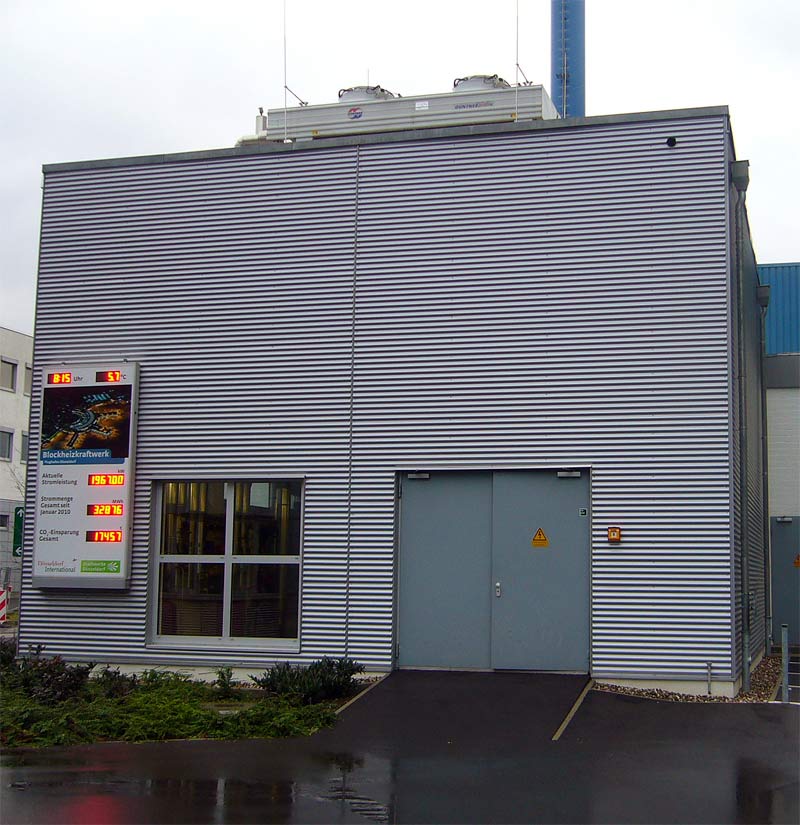 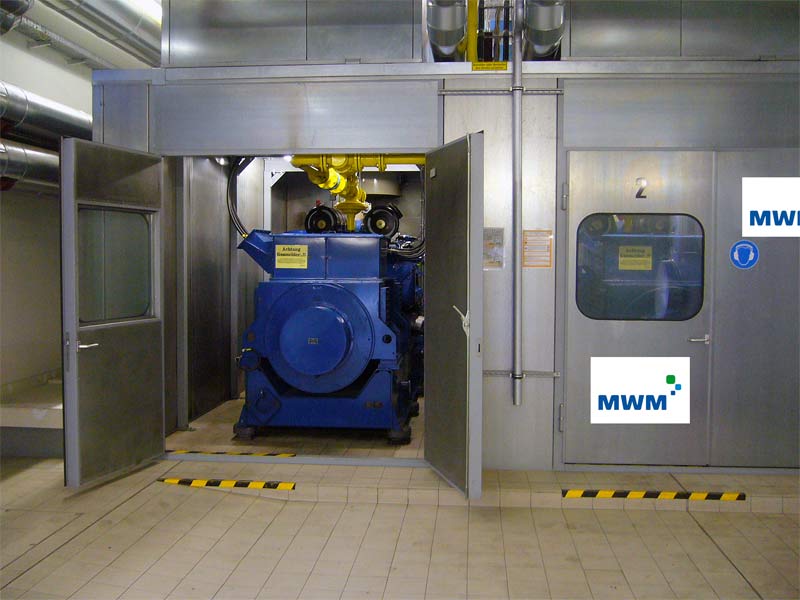 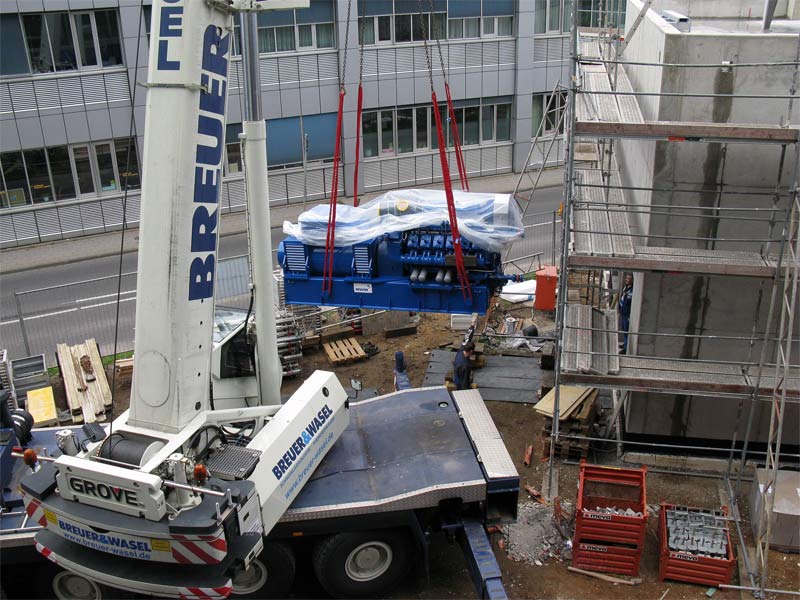 Installing one of the two TCG 2020 V12 gas engines