Mannheim, May 8, 2017
Though the round bunker from 1941 in the borough of St. Lorenz-Süd is still a graded building, it is now more than a mere historical landmark. As the most recent project of Stadtwerke Lübeck, it has become the site of an MWM cogeneration power plant that enables the combined generation of heat and power (CHP) and that is set to go live in 2017. An MWM TCG 2020 gas engine with 20 cylinders and a power-to-heat plant with a thermal output of 2,500 kW form the core of the CHP plant, which is to supply 1,200 households in the borough of St. Lorenz with decentralized energy.

More time than usual was set aside for the entire process from the planning to the completion of the cogeneration power plant in the bunker, especially because it was not easy to find a suitable place for a cogeneration power plant in the densely developed borough of St. Lorenz-Süd. By using the round bunker, a suitable location has been found that is approved by the population and that combines the preservation of a historical structure with modern energy and heat supply. 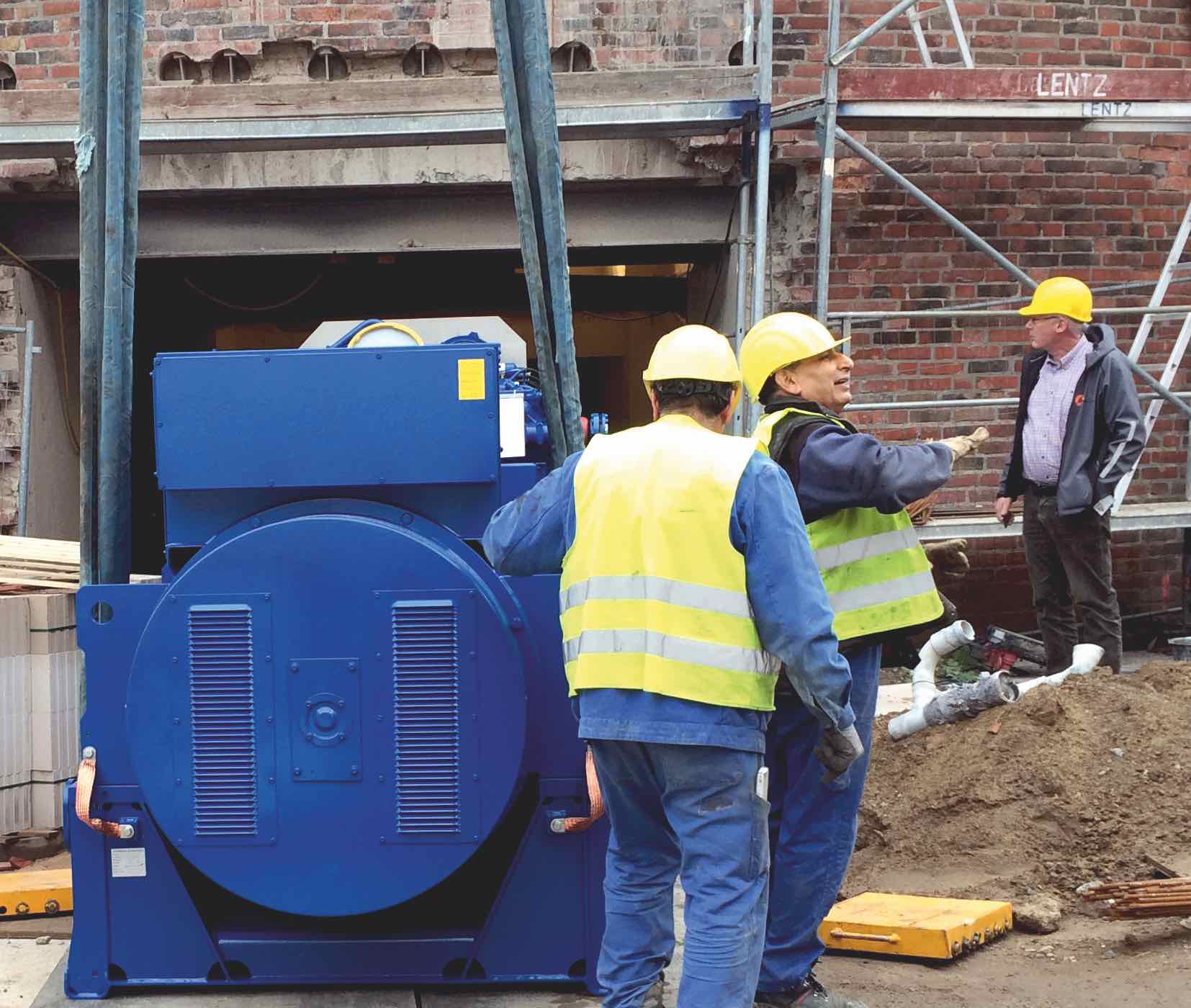 However, the conversion represented a major challenge for the planners. For example, the outer reinforced concrete and brick walls with a thickness of 2.5 m had to be penetrated in order to make room for the cogeneration power plant. Yet, the effort has been worth it, as the cogeneration power plant will soon be able to feed in power and heat energy into the district heat network of Stadtwerke Lübeck with an overall efficiency of 90.2 percent.

Meanwhile, the district heat network of Lübeck’s municipal utility provider comprises 11 MWM gas engines with a total output of about 17 MWel, which contribute to the modernization and operation of the cogeneration network for the district heat supply of Lübeck and surroundings. Fred Schmeyers, Head of Heat Supply at Stadtwerke Lübeck, knows why the city has opted for another MWM gas engine: “We believe in the performance, high efficiency, and reliability of the engines from Mannheim.”