The US Environmental Protection Agency (EPA) recognized MWM technology with its ENERGY STAR Combined Heat and Power (CHP) Award for highly efficient cogeneration plants. The award-winning CHP plant is driven by an MWM gas engine and is located in the research facility of Janssen Research & Development in Spring House, Pennsylvania, a company owned by the globally operating US pharmaceutical and consumer product manufacturer Johnson & Johnson. 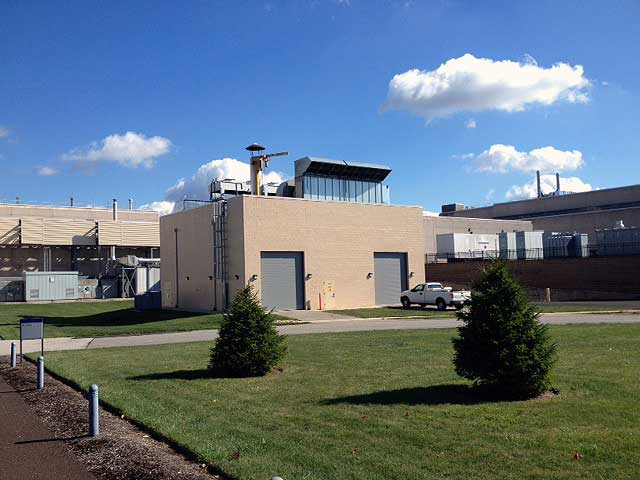 The cogeneration plant was installed by the plant engineering company EMCOR, which is responsible for operation and maintenance of the combined heat and power plant. The centerpiece of the prize-winning solution is a low-emission, natural gas-operated MWM TCG 2032 V16 gas engine with an electrical output of 3.8 MW. The plant covers 60% of the annual energy requirement for the entire facility. The waste heat of the exhaust gases and the engine block are used to produce steam and hot water, thus supplying some 40% of the required thermal energy for R&D activities and providing heating as well as cooling or dehumidification to the buildings, depending upon the application.

“Our employees have a passion for working on the technical development and manufacturing of the best possible products for our customers,” explains Steve Niehaus, Vice President of Caterpillar Inc. and head of the Electric Power Division, which added the MWM brand in November 2011. 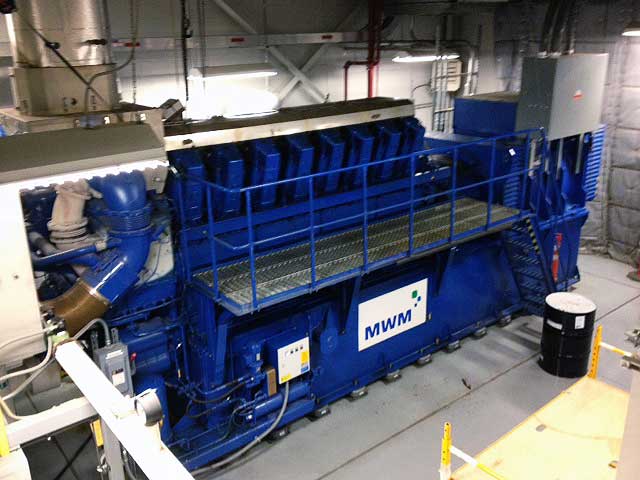 “According to EPA estimates, our more than 300 cogeneration systems installed in the United States between 2001 and 2013 have led to savings of over 3 million tons of greenhouse gas emissions – that represents the exhaust gases of some 600,000 vehicles per year. The award also recognizes our longstanding commitment in the area of sustainability, which is now among the company’s core values,” Niehaus added.

The US Environmental Protection Agency (EPA) confers the ENERGY STAR CHP Award to leading companies that increase national power production efficiency through the development of cogeneration systems with high levels of efficiency. The award underscores how important combined heat and power is towards the reduction of greenhouse gases and other emissions. At the same time, this technology also boosts companies’ competitiveness and profitability.

Combined heat and power allows traditional or renewable fuels to be used to simultaneously generate electricity and usable steam or hot water with one heat source – that is why it is also called “cogeneration.” By recovering and utilizing heat that is normally wasted in traditional power production, combined heat and power helps American manufacturers gain an edge over their competitors by minimizing costs and simultaneously reducing carbon emissions.

With an operating efficiency of more than 62%, the plant requires some 29% less fuel compared to electricity from the grid or energy generated conventionally by steam. This significantly reduces air pollution levels, resulting in 8,700 fewer tons of carbon dioxide emissions annually. This value is the equivalent of emissions from power production for more than 1,000 homes. In addition, decentralized energy production reduces the demands on existing transmission and distribution infrastructure.

Combined heat and power partnership program of the EPA: http://epa.gov/chp/