MWM Austria impressed the Expert Council of the VIII Distributed Power Generation — Great Achievements International Award with its innovative biogas plant project and prevailed over 70 other projects in the final round. The award for the best distributed power generation was bestowed in the Congress Centre of the Chamber of Commerce and Industry of the Russian Federation in Moscow, Russia, on December 11, 2020. A total of 91 projects from Russia, Austria, and Belarus had been submitted to the organization committee.

The energy projects submitted for the award comprise locations in European cities as well as in Russian regions. MWM Austria, which is responsible for the Eastern European market, entered the competition at the VIII Distributed Power Generation — Great Achievements International Award with its innovative biogas plant project for AustroCel Hallein GmbH. Eventually, 71 projects made it onto the shortlist for the award after they had been examined in detail by an expert council comprising leading specialists of the distributed power generation industry, market leaders, heads of industry-related university facilities, and scientists. In the end, the biogas project of MWM Austria prevailed over those of its competitors and was designated the winner in the category “Best distributed power generation project – power capacity up to 5 MW”. The project stood out especially with the high plant reliability and its availability of up to 99.81 percent.

Golden lightning award ceremony in Moscow. German Teplovodskiy, Head of the MWM Representative Office in Moscow, was presenting the project and took over the award for MWM. (© MKS Group of Companies LLC)

MWM Austria’s 3.77-MW biogas plant project was rolled out for the leading textile pulp manufacturer AustroCel Hallein GmbH in Hallein, Austria. The textile pulp is manufactured from spruce wood from sustainable forestry. Since the go-live of the biogas CHP plant, it has been possible to use accumulating by-products and waste from the pulp production, such as bark, wood dust, and sludge for the production of biogas and subsequently for the generation of eco-friendly power. The combined heat and power plant, which is also suitable for isolated operation, is driven by an MWM TCG 2032 V16 gas engine. To extend the plant life and boost the efficiency of the gas engine, the biogas that is used for the power generation undergoes special treatment. 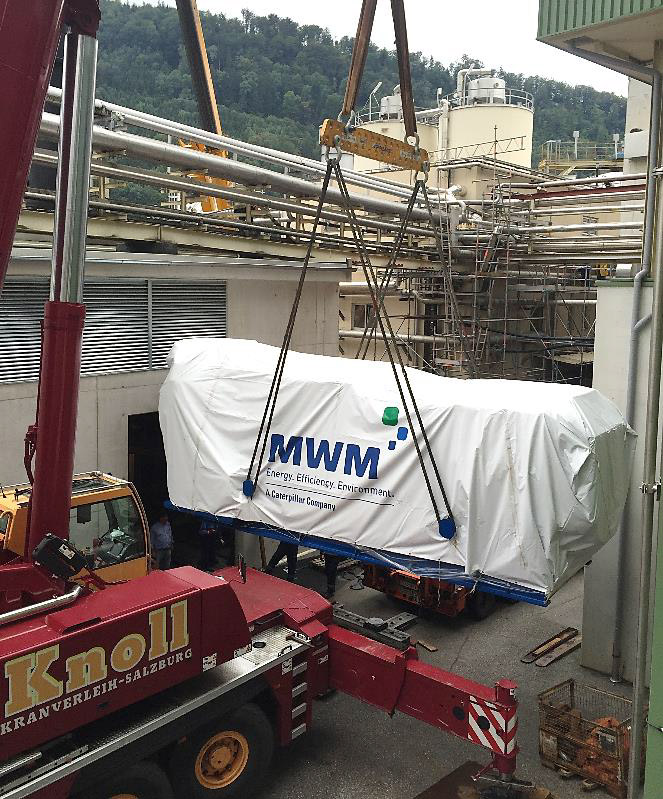 This form of energy generation has significantly reduced the company’s carbon emissions. The bioenergy produced by AustroCel Hallein GmbH supplies up to 20,000 homes in the cities of Hallein and Salzburg with power and district heat. The award prize for the energy project – the «Golden Lightning» award and a certificate of honor – were handed to Andreas Obwaller, Managing Director of MWM Austria GmbH, who attended the award ceremony via live link.

The MWM TCG 2032 gas engines are custom-tailored to the challenges of a dynamic market setting. The MWM gas engines in the output range from 3,000 to 4,500 kWel fulfill the elevated requirements of a broad application spectrum and ensure efficiency, reliability, flexibility, environmental compatibility, low TCO, and high profitability. TCG 2032 gas engines can be used with all gas types, including natural gas, landfill gas, sewage gas, mine gas, coking gas, and biogas. 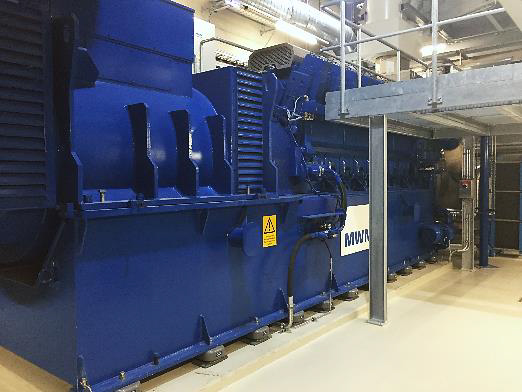