In late 2016, the waste management operator of the Alzey-Worms district commissioned an MWM cogeneration power plant in order to optimize the gas utilization. The installed TCG 2016 V16 gas engine is fueled with a mix of gas from the district landfill and biogas from the neighboring digestion plant. Since December 1, 2016, the MWM cogeneration power plant with its output of 701 kWel has thus enabled maximum efficiency and optimum utilization of the available resources.

Previously, two CHP plants had been in operation in Framersheim, using landfill gas and biogas separately. However, as a result of the decline in the amount of generated landfill gas since the shutdown of the district landfill in 2005, the operation of this CHP plant was no longer economically viable. But since methane gas from landfills is harmful to the climate and cannot simply be released into the atmosphere, a cogeneration power plant operated with mixed gas is exactly what the Alzey-Worms district needs. Accordingly, the engineers of Schirmer Umwelttechnik GmbH from Mainz developed a branched system through which both gases can be passed, mixed, and then fed into the cogeneration power plant.

The cogeneration power plant was set up by the long-standing MWM partner HGS from Krefeld. MWM partner Göbel Energie- und Umwelttechnik Anlagenbau GmbH from Büdelsdorf established the drying system. Both companies will continue to perform the required maintenance work on the gas engine and the entire CHP plant. 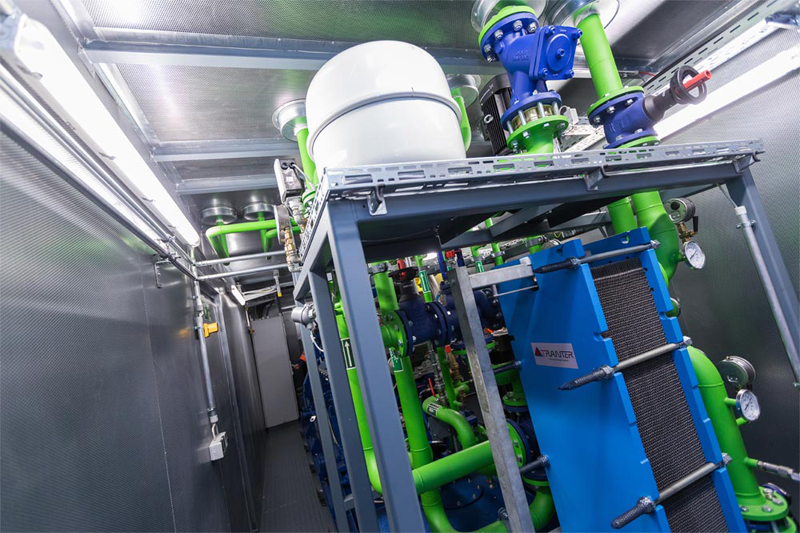 Currently, 88 percent of the gas comes from the digestion system and 12 percent from the landfill. To prevent the catalysts of the CHP plant from being damaged, the gases are purified in activated carbon containers before they reach the gas engines. Moreover, the gas is now dried in a separate system. What is more, the MWM cogeneration power plant can now be controlled via a touchscreen, and data can be accessed from mobile devices.

District Administrator Ernst Walter especially praised the outstanding ecological and technical concept of the CHP plant, but also drew attention to its efficiency. In 2017, the MWM gas engine is expected to generate 4.8 million kWh of power, an amount sufficient to supply 1,300 households with power. Most of the electricity will be fed in directly into the district’s public grid. Thus, Heinrich Bräckelmann, Managing Shareholder of Schirmer Umwelttechnik GmbH, anticipates additional income of €735,000 from the sale of the power. As the proceeds will be included in the budget and will thus benefit the consumers, it truly pays for the inhabitants of Alzey-Worms to collect biowaste.