Munich Airport covers a majority of its electricity, heat and cooling demand on-site by producing its own power. The total of nine gas engines of the combined heat and power plant (CHP) have already completed more than one million operating hours, running 24/7.

By means of combined cooling, heat and power (CCHP), 7.44 MW electricity, 8.7 MW heat and 5.3 MW cooling are produced to supply the buildings and hangars at the airport located on the outskirts of Bavaria’s regional capital. According to information from the operating company, this major airport covers some 44 percent of its demand for electrical power from the grid. The airport produces the other 56 percent – roughly 122,000 MWh per year – on its own with the help of the nine gensets. Seven MWM TBDG 441 V16B series diesel engines each with an output of 1,580 kWel and approx. 1,800 kWth started up operations in 1992 at the same time as the airport. They are additionally integrated into the airport’s emergency power supply system. Compared to conventional electric power, the reduction in carbon dioxide emissions is some 30,000 tons per year. 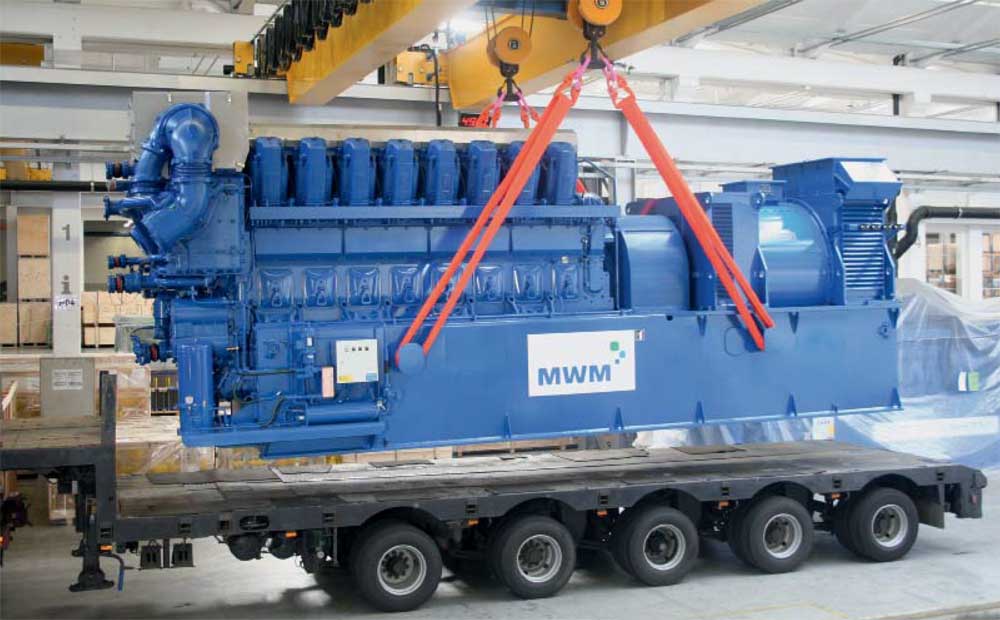 MWM gas engine for the CHP plant at Munich Airport

In the course of the airport expansion in the year 2002, the airport operator, FMG, also enlarged the energy control center by two cogeneration power plant modules. For this project, MWM delivered two TCG 2032 V16 and TCG 632 V16F gas engines, which were installed as a supplement to the decentralized energy supply and commissioned in mid-2002. The units have an output of 3.7 MWel electric and approx. 4.6 MW thermal each. This means that the airport has approx. 18.5 MW electrical and some 20.5 MW thermal output available in total. As combined cooling, heat and power systems, the seven diesel-natural gas pilot injection engines, along with the two gas engines, deliver not only electricity. In the winter, the waste heat is used for heating, and in the summer, it is utilized via an absorption refrigerator for air conditioning. 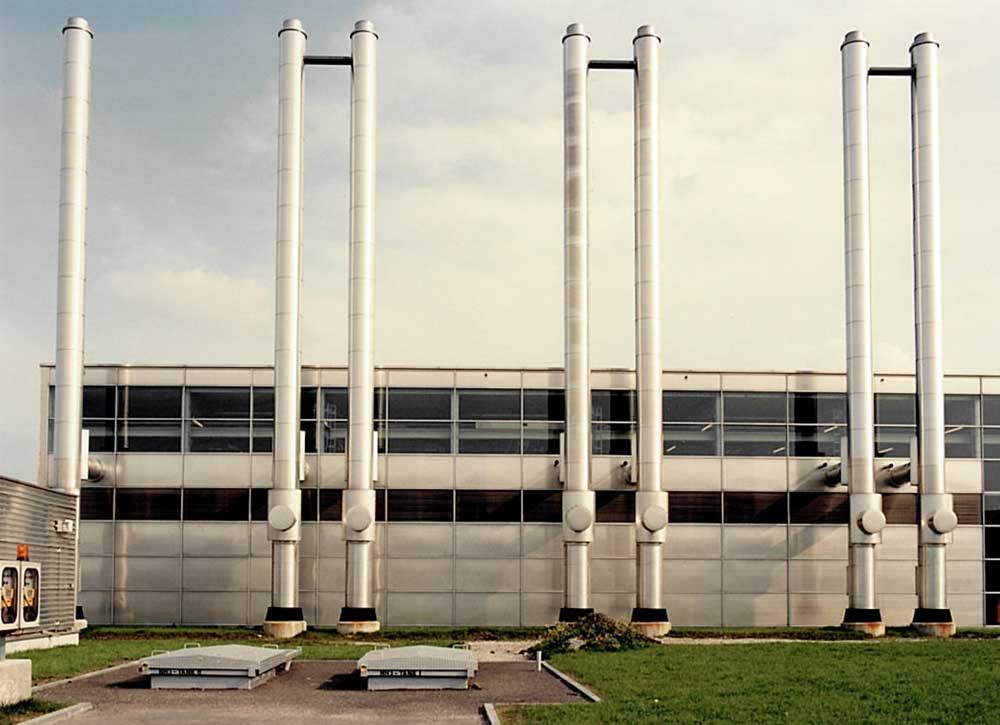 The Munich MWM Service Center, located in the Munich suburb of Eching, has been supporting the plant at the airport since commissioning. Working hand-in-hand with the Munich Airport Authority (FMG), the Service Center has been able to continuously streamline service routines in order to reduce lead times for major overhauls among other things by approx. 60%.