In December 2019, the new cogeneration power plant for the Nadezhda Metallurgical Plant in Serov, Sverdlovsk Oblast, Russian Federation, was officially inaugurated. The cogeneration power plant is operated with four MWM TCG 2032B V16 gas engines. Together with an additionally installed steam turbine, its total output is 24.9 MW. The Nadezhda Metallurgical Plant is a renowned iron and steel company that belongs to the UMMC-Steel Corp. Founded in 1894, the plant is the third-largest supplier of calibrated bars and one of Russia’s Top 10 steel bar manufacturers. 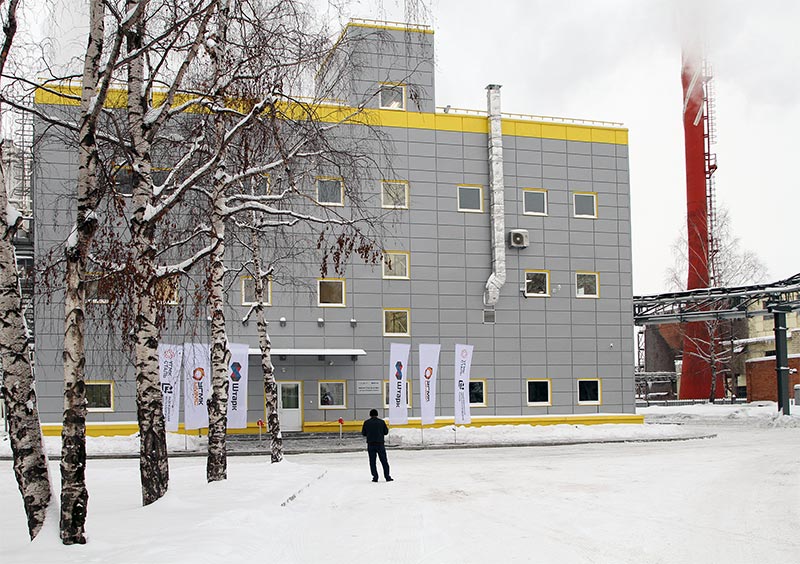 The new cogeneration power plant for the Nadezhda smelting plant of UMMC-Steel Corp. is one of the most technologically advanced and energy-efficient power plants in the Ural Mountains. (Photograph: Stark Group of Companies)

By introducing reliable on-site energy supply, the new cogeneration power plant increases the company’s economic security. The cogeneration power plant was planned and built by the Russian Stark Group of Companies. The cogeneration power plant replaces the old power plant in the city of Serov, which recently celebrated its 125th anniversary. On the premises, two administration buildings were demolished, the existing company’s main traffic network was removed, and technical networks were installed. The four MWM TCG 2032B V16 gas engines boast an electrical output of 4.5 MW each. Thus, the total installed capacity of gas engines is 18.0 MW. In addition, a 6.9 MW steam turbine was additionally used. The MWM gas engine heat recovery scheme is unique among the former USSR countries. So, flue gases from the operation of the gas compressor are cooled first in two steam recovery boilers, and then in gas-water heat exchangers. Thermal energy from the engine cooling jacket, oil and the first stage of cooling the working mixture is used to heat the network water. 100% low potential heat is used from the second stage of cooling the working mixture – from 5 to 30 ° C, raw water is heated, which enters the water treatment department. The fuel utilization rate due to the use of such a deep heat recovery scheme is almost 95%
Also, for the first time in Russia, dual steam recovery boilers were used when working together with MWM 2032B V16 gas engines.

Complete thermal modules from MWM are used to reduce the area for heat recovery equipment from a cooling jacket, oil and working mixture. The next innovation applied at the block thermal power plant is the use of a mixture of natural gas with blast furnace gas, which is formed in the production cycle in blast furnaces, as a fuel for steam boilers, which reduces fuel costs and ensures environmental friendliness. 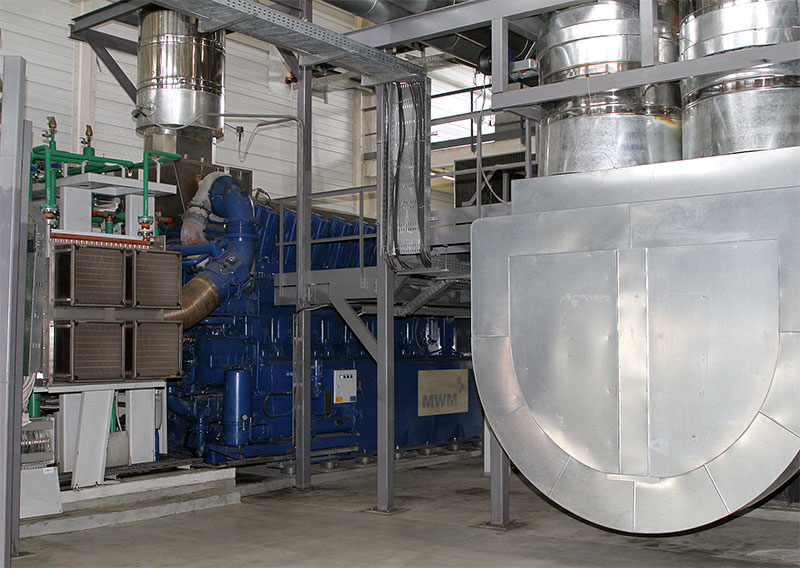 The cogeneration power plant is operated with four MWM TCG 2032B V16 gas engines with an electrical output of 4.5 MW each and a total output of 24.9 MW. (Photograph: Stark Group of Companies)

“The new cogeneration plant is one of the most technologically advanced and energy-efficient power plants in the Ural Mountains”, says Sergey Dzyubenko, Director General of Stark Energy Serov LLC. “One of the factors that makes the power plant unique is that we are able to use the company’s furnace gas as secondary power generation resource.” In this way, the cogeneration power plant’s energy efficiency has been increased from 88 to 94 percent. The newly commissioned cogeneration power plant ensures reliable emergency power supply and reduces the plant’s carbon emissions by up to 44,700 t/year. 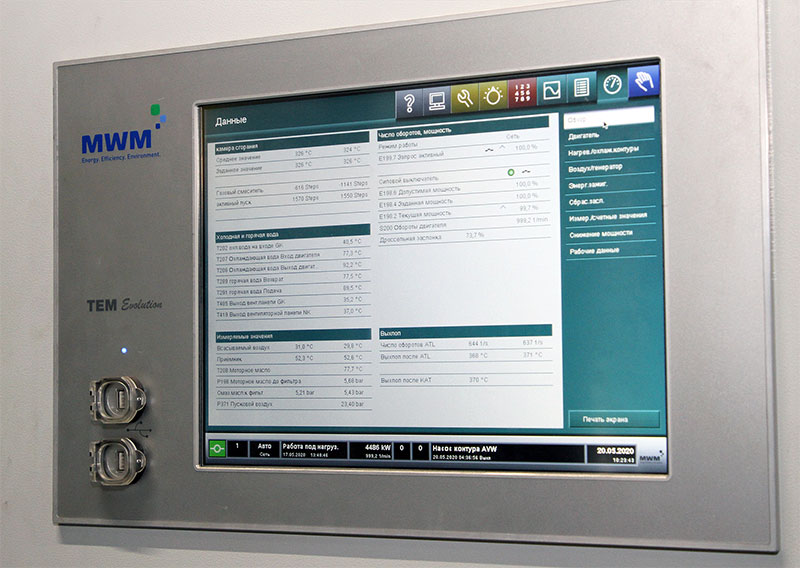 Back in 2014, the Russian service company Stark Energy LLC had already rolled out an energy project in the Ural region with MWM gas engines. The installation of a combined heat and power (CHP) plant with five MWM TCG 2032 V16 gas engines was a pilot project in the field of independent power generation in the Ural region.
Further information on the pilot project is provided in the video prepared by UMMC: https://www.youtube.com/watch?v=zXPADCZVST0

The MWM TCG 2032 gas engines are custom-tailored to the challenges of a dynamic market setting. In the output range from 3,000 to 4,500 kWel, they deliver reliability, flexibility, energy efficiency, and eco-friendliness along with low life cycle costs. They fulfill the high standards of a wide application spectrum with a high level of profitability. The series’ gas engines can be used with all gas types, including natural gas, landfill gas, sewage gas, mine gas, coking gas, and biogas.