Once again, one of MWM’s video productions has been found worthy of the intermedia-globe Silver Award of the WorldMediaFestival. In the award category “Training: Learning Programmes”, the Mannheim-based gas engine manufacturer has prevailed over its competitors, winning the intermedia-globe Silver Award for the best training videos. Every year, the international competition for communication media honors outstanding corporate film, TV, web, and print productions. This year, the awards are bestowed in a virtual ceremony. 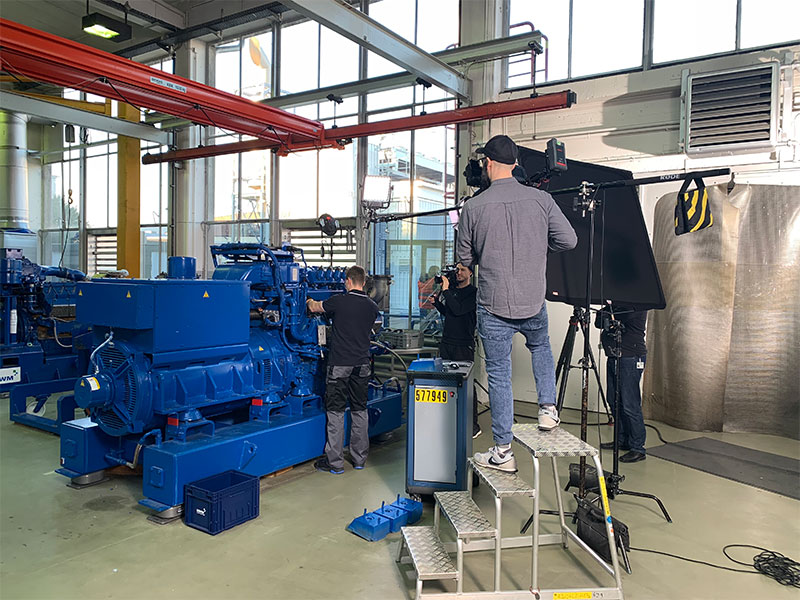 The MWM service tutorials were shot in the workshop of the Training Center Service of Caterpillar Energy Solutions in Mannheim, Germany. Here, Motionplan’s camera team is seen filming Alexander Klotz, Technical Trainer at the Training Center, who is explaining the valve clearance adjustment on the MWM TCG 3016 gas engine.

The award goes to the first two episodes of the MWM service tutorial video series “Do it the smart way”. Under the supervision of Frank Fuhrmann (Manager PR & Online Marketing, Caterpillar Energy Solutions), the series was produced and realized in collaboration with the event and film agency Motionplan. The two episodes were recorded in German and subsequently translated and dubbed in five additional languages (Chinese, English, French, Russian, and Spanish). In the tutorial series, which is published on MWM’s YouTube channel “mwmgenset”, Alexander Klotz, Technical Trainer at the Training Center Service in Mannheim, gives the audience some basic maintenance tips and instructions. Episode 1 of the tutorial series shows how to replace spark plugs of MWM power gensets. In episode 2, Alexander Klotz demonstrates the adjustment of the valve clearance on MWM power gensets on an MWM TCG 3016 gas engine.

MWM has cooperated with the event and film agency Motionplan since 2009. Together, the companies have rolled out numerous video projects, which have already won six prestigious international awards. 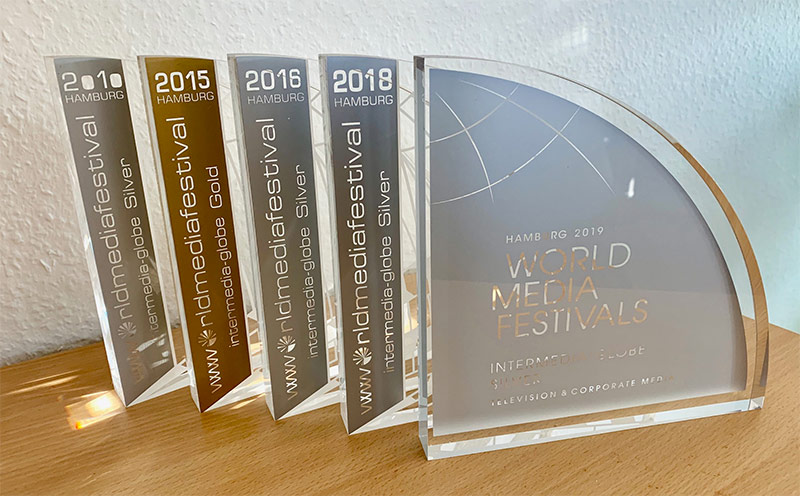 Five of the six internationally renowned intermedia-globe awards MWM has received in recognition of the video projects it has produced in collaboration with Motionplan. The team is looking forward to adding the new intermedia-globe Silver Award 2020 to this lineup.

The video tutorial series was shot in “hands-on” style in the MWM Service Center in Mannheim. “As the series was not filmed in a studio, but in a real service center, we had to use more sophisticated lighting and adapt the sound to the setting”, explains Marcus Seip, Managing Director of the event and film agency Motionplan. During the production of the tutorial series, it was also challenging to depict technical details and provide a clear overview of the entire engine. “We decided to additionally display text blocks in order to provide viewers with an even clearer picture of the individual processes”, says Frank Fuhrmann, Manager PR & Online Marketing of Caterpillar Energy Solutions. “We are pleased with the positive feedback that we have received via the comment function of our YouTube channel in many languages concerning the first two episodes of the series.” Episode 3 of “Do it the smart way” has already been prepared, and episode 4 is already in the pipeline. In total, the company plans on producing two or three tutorial videos a year, featuring new topics concerning maintenance work on MWM gas engines. 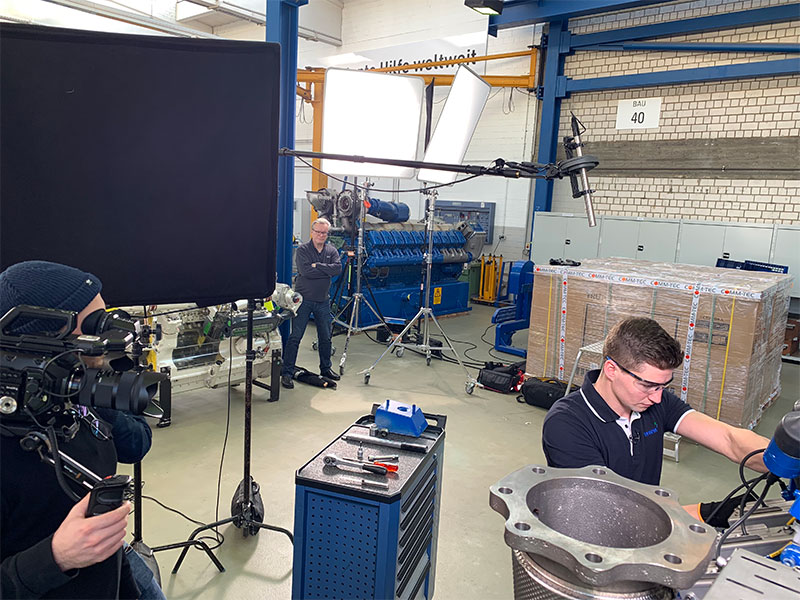 MWM Excels in Training and Service

Apart from the award-winning tutorial series, MWM’s focus on service training is also evident from the extensive seminar offering for MWM customers. In various training units, competent trainers convey application-oriented training modules with practical examples, enabling the customer to do basic maintenance work on combined heat and power (CHP) plants, gas engines, and power gensets. The number of participants indicates the popularity of the training offerings among MWM customers. “The seminars are very popular, and we’re in the course of creating even more training capacity”, says Tobias Marnet, Head of the Training Center Service. “After every training measure, we conduct quality surveys, and we always get positive feedback from highly satisfied participants.” Last year, more than 900 customers participated in MWM service training seminars. Some new training programs are already in the pipeline. “With the new online platform that we are currently developing, we will soon be able to offer our customers various training measures in the form of live online training”, says Marnet.

About the WorldMediaFestival Award