Sustainable and Highly Efficient: Bausch + Lomb Saves up to €1 Million in Operating Costs and about 3,750 t of Carbon a Year with Newly Installed MWM TCG 2032 Gas Engine

Contact-lens manufacturer Bausch + Lomb is considered a leading eye-health provider. In line with the company’s energy and sustainability strategy, a highly efficient CHP (combined heat and power) plant was commissioned in Waterford, Ireland, in 2016. With the MWM TCG 2032 V12 power genset installed by MWM service partner Edina, Bausch + Lomb is able to produce 65 percent of its power needs and 91 percent of its heat needs internally. “We are pleased with the performance of the cogeneration power plant, both in terms of the payback period and the machine availability”, explains Derek O’Connor, Facilities Engineering Manager at Bausch + Lomb Waterford. 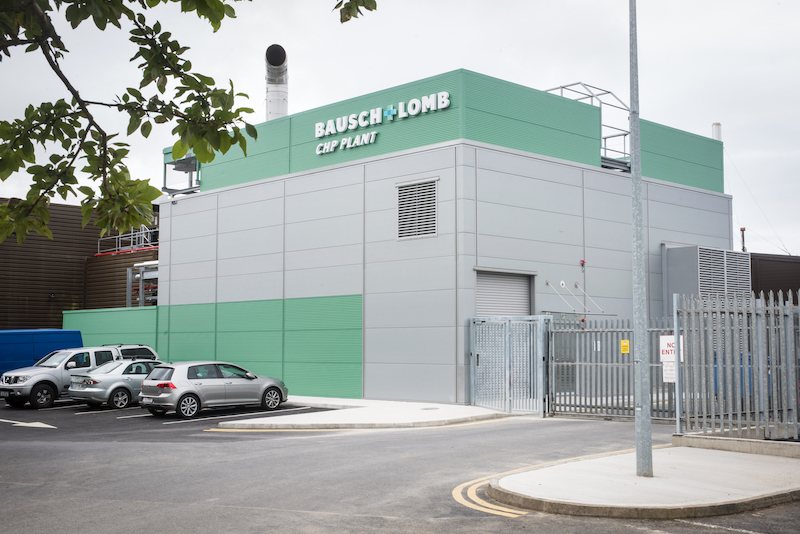 With an output range of 3,000 to 4,500 kWel, the MWM TCG 2032 gas engine is MWM’s largest series. The engines of this series are mainly used for distributed energy generation in large IPP projects of up to 100,000 kWel and excel with their high reliability and low maintenance costs. The natural gas-fired MWM gas engine has a total efficiency of 86.5 per cent. All parts relevant to the efficiency and performance are monitored by the TEM (Total Electronic Management) system.

The new gas engine has been in operation since May 2016, generating more than 28 million kWh of power, about 17.3 Mt of steam, and 12,482 MWh of hot water a year. Thanks to the high plant availability of almost 98 percent and the outstanding reliability and efficiency of the MWM gas engine, the operating costs of Bausch + Lomb have been cut by up to €1 million a year. Moreover, about 3,750 t of carbon can be saved every year—a major step in line with the company’s sustainability strategy. 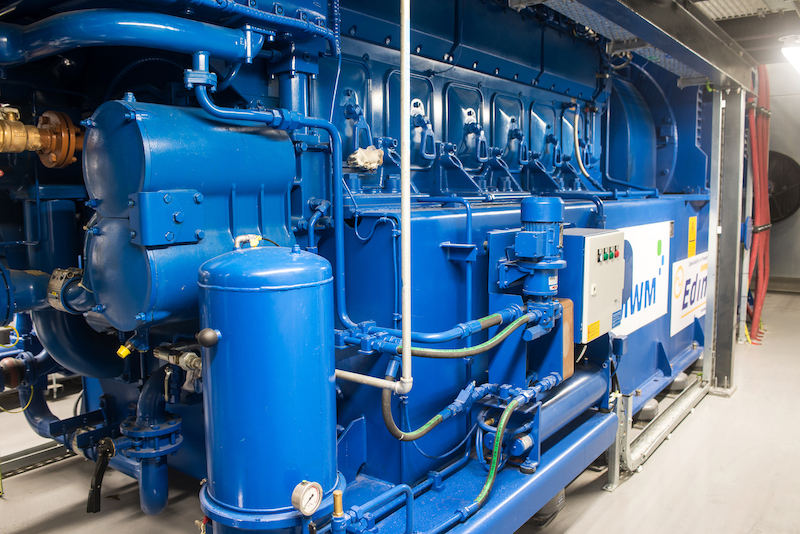 Modern, Flexible CHP Plants Adapt to the Needs and Energy Concepts of Commercial and Industrial Facilities

CHP technology was chosen based on its high availability and ROI potential. Moreover, the new cogeneration power plant is very useful for the yearly ISO re-certification, including ISO 50001.

In addition to the MWM TCG 2032 gas engine, MWM partner Edina set up an energy center with room for the genset, ancillary systems, and a separate waste heat steam boiler room. The CHP plant generates electricity at 10.5 kV and interfaces directly into the site’s MW ring, providing power to its office buildings, R&D facilities, manufacturing process, and warehouse units. The exhaust gas is channeled to the waste heat steam boiler, which generates steam for sterilization processes. The low-grade hot water recovered from the engine jacket water is distributed throughout the factory, where it is used for process and space heating.