2021 in Retrospect: MWM Looks Back at an Exciting Year Marked by 150th Anniversary, New Products, and Innovative Energy Projects

The financial year 2021 was a successful and productive year for Caterpillar Energy Solutions GmbH and its MWM brand. For MWM, the key event was the brand’s 150th anniversary. An anniversary video, a book about MWM’s origins, and numerous social media posts on Facebook and LinkedIn were just some of the things that drew attention to this important event. 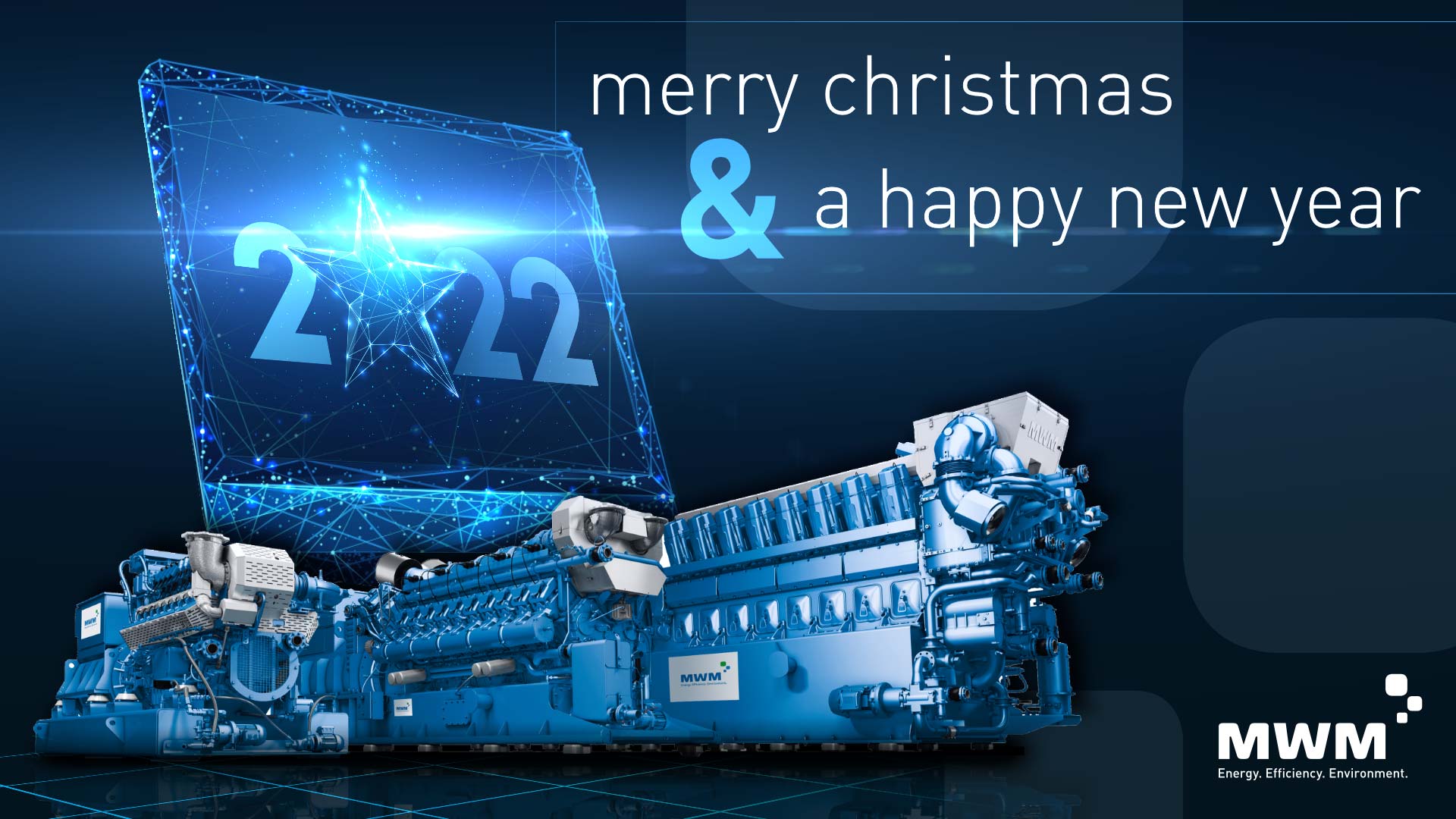 In 2021, MWM celebrated its 150th brand anniversary under the motto “150 Years of Continuous Innovation”. A video and a hardcover book about the evolution of MWM were released on the occasion of the anniversary. The 15-minute video also introduces the people who have contributed to the growth and success of the MWM brand, such as the pioneer Carl Benz. The entire production of the video on MWM’s history took about six months. Filming locations included the company premises, the historical location in Mannheim, and the Dr. Carl Benz automobile museum in Ladenburg. The 100-page hardcover anniversary book, which was published in late 2021, describes MWM’s eventful history from the beginnings until now. Numerous anniversary posts also appeared in the MWM Facebook and LinkedIn channels, garnering a lot of positive feedback from the community.

MWM’s revised website, which was launched in the summer of 2021, features a new design that reflects the innovative drive of the MWM brand. The relaunch, which is part of the digital communications strategy, visually highlights the MWM brand as a strong, competent partner in the field of distributed energy generation with highly efficient gas engines. With its relaunched website in Russian (www.mwm.com.ru), the MWM brand presents itself as a reliable partner in the field of distributed energy generation in the Russian and Central Asian market. Earlier in 2021, Caterpillar Energy Solutions GmbH had also upgraded its digital communications by relaunching its corporate website. In addition to the ongoing further development and digitization of trend-setting gas engines and power gensets of the MWM and Cat brands, Caterpillar Energy Solutions has also renewed its corporate website.

Launch of RAM, AGRGS, and Other Cylinder Variants of the TCG 3020 Gas Engine Series

Secure digital monitoring of your CHP plant operation in real time around the clock from any location—this is possible with the new MWM online status monitoring system. MWM Remote Asset Monitoring (RAM) additionally sends you push notifications in the event of alerts, warnings, or malfunctions, thereby drawing your attention to potential damage or faults at an early stage before a plant outage occurs. MWM’s newly launched Automatic Generator Bearing Re-Greasing System (AGRGS) helps reduce workload and costs. Starting from 2021, the MWM TCG 3020 gas engines are also available in the V12 and V16 cylinder variants. Thanks to the compact design, the new MWM gas engines deliver up to 18 percent more performance than the predecessor models, though their dimensions are almost identical.

Hydrogen is considered to be a key element of the energy transition. In 2021, MWM addressed the topic of hydrogen in its energy blog. In 2022, MWM will start introducing gensets in the output range from 400 kW to 4.5 MW for permanent operation, base load supply, and peak load operation, fueled by natural gas with a hydrogen admixture of up to 25 percent. The offer applies to the TCG 3016, TCG 3020, TCG 2032, and TCG 2032B series. A staged roll-out of new natural gas generator sets and retrofit kits capable of 25% hydrogen will begin in the fourth quarter of 2022.

In 2021, MWM again rolled out numerous projects for smart, sustainable energy production in collaboration with MWM distributors and service partners.

For example, MWM distributor Edina rolled out a flexible distributed power generation project for the energy provider Conrad Energy in the UK. The new gas power plant, which runs with 10 MWM TCG 2020 V20 gas engines, is used to secure the power supply in the event of fluctuations in the national power grid.

Lake Kivu in Rwanda provides ideal conditions for an unusual energy project. Using the methane from the lake, the 19 MWM TCG 2032B V16 gas engines of the newly built plant will be able to produce energy and supply the central African country with heat and power for 50 years.

In 2021, the MWM gas engines were deployed for an extraordinary energy project at the coldest inhabited place on earth: The Sayuri agricultural complex is based in Yakutia in northeast Siberia. The region is faced with challenges such as temperatures fluctuating by more than 100°C (180°F). Yakutsk is located on permafrost ground that does not allow the cultivation of fruits and vegetables. The solution: a large greenhouse that offers crops heat and light for optimum growth and that prevents temperature extremes. To continually supply the Sayuri greenhouse complex with heat and power, the power plant for the energy generation was equipped with three power gensets. An MWM TCG 2020 V20 gas engine and two Cat G3516 gas engines ensure the reliable operation of the greenhouse under permafrost conditions.

The MWM team is very satisfied with its numerous successfully implemented projects and achievements in the last 12 months and looks forward to 2022 with confidence. MWM would like to thank its partners and customers for the successful collaboration in 2021 and wishes all a Merry Christmas and a Happy New Year!